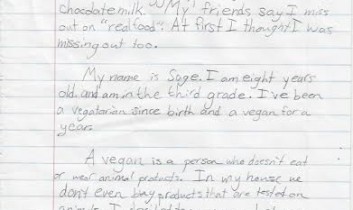 Is there anything more heartwarming than seeing children getting passionate about changing the world for animals? Here at Our Hen House, we’re pretty hard-pressed to find anything that makes us as verklempt as this does (except for maybe Rose the Dog snuggling with a baby bunny…but that has yet to happen). That’s why we’re overjoyed to share the words and artwork of a visionary third-grader named Sage. We’re sure that you’ll be just as enthusiastic about her as we are. 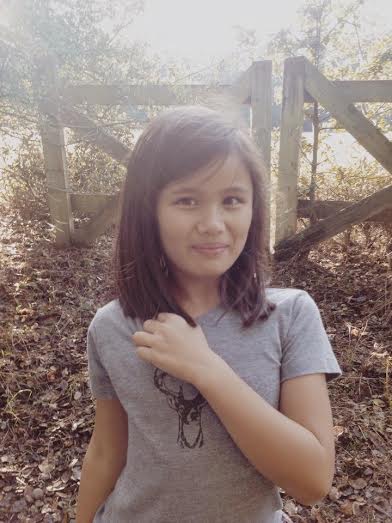 Kids are always looking forward to chicken nuggets, pizza, ice cream and chocolate milk. My friends say I miss out on ‘’real food.’’ At first I thought I was missing out too.

My name is Sage. I am eight years old and in the third grade. I’ve been vegetarian since birth and a vegan for a year.

A vegan is a person who doesn’t eat or wear animal products. In my house we don’t even buy products that have been tested on animals. I decided to go vegan last year because I love our dog Ginger and I imagined her being eaten and I cried thinking about it. I realized that other animals like cows, chicken and pigs are no different from a dog. I also chose to go vegan because my Mom is vegan and I wanted to be like her. Also, when people test on animals to find out if their product is safe, it might not be safe because animals have different bodies than humans.

One time at school, one of my friends saw me eating vegan popcorn. They asked me if they could try it and I said yes. They tasted it and found out it was really good. The next day I saw her eating that same vegan popcorn! She had asked her Mom to buy it for her! 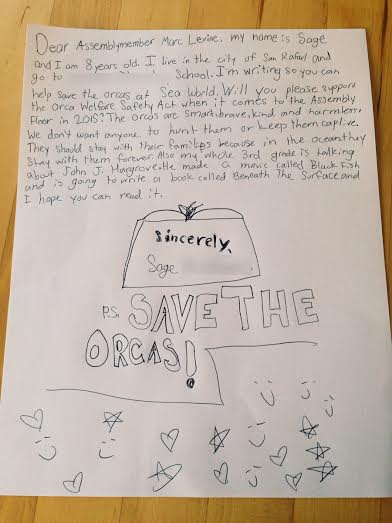 I also participated in Farm Sanctuary’s Walk for Farm Animals and held up signs that said, “ANIMALS ARE FRIENDS NOT FOOD” and “COMPASSION STARTS ON YOUR PLATE.” 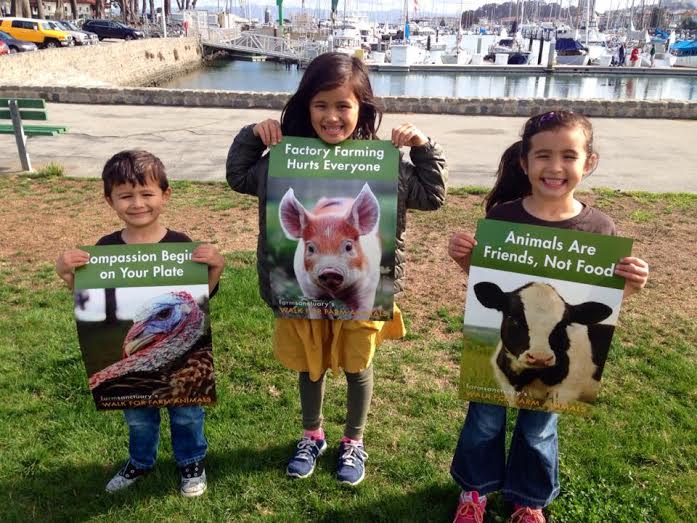 Recently I got the idea for me to post a few blog entries on my Mom’s vegan recipe blog. I call it The Sage Vegan and if it helps more kids and their families to eat vegan then that is a kind of activism too. 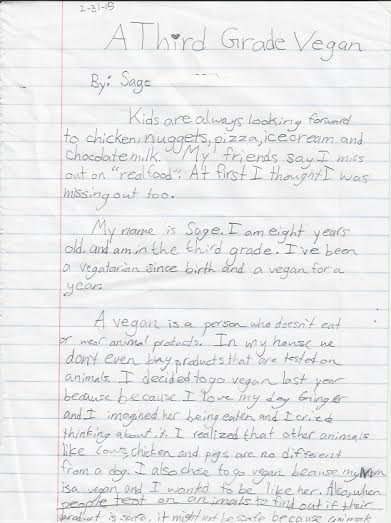 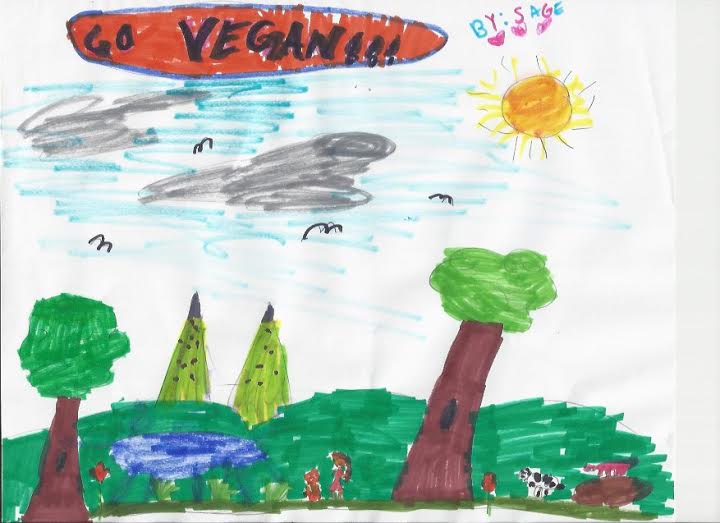