Excerpt From “Eating Earth: Environmental Ethics And Dietary Choice” By Lisa Kemmerer — And a Bonus Giveaway For The Flock!

At Our Hen House, we do our best to bring you the latest from the world of animal rights. That said, when it comes to telling you about books, there are just so many amazing new ones covering all kinds of animal issues, and we simply don’t have time to review them all (but don’t miss the ones we have reviewed). That’s why we thought long and hard and decided to bring you this exciting program. From time to time, we’ll publish excerpts of the author’s choice — highlighting the best in  animal rights books (both fiction and non) — right here on our online magazine.

Today we bring you an excerpt from Lisa Kemmerer’s recent book Eating Earth: Environmental Ethics and Dietary Choice. Flock members — read on past the except for your chance to win a copy of this book! (Not a flock member yet? Join us!) 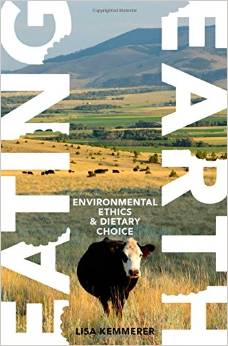 Excerpt from Chapter 3, “Hunting Hype,” pages 125-127 (Reference sources not included in this excerpt)

Deer hunting would be fine sport, if only the deer had guns.
– William S. Gilbert, from “Quotations about Animal Rights”

Hunting is not a sport. In a sport, both sides should know they’re in the game.
– Paul Rodriguez, from “Quotations about Animal Rights”

“Fair chase” is envisioned as the “ethical, sportsmanlike, and lawful pursuit and taking of free-ranging wild game animals in a manner that does not give the hunter an improper or unfair advantage over the animal” (“History”). Perhaps the most disingenuous aspect of Western hunters is the deceit of “fair chase,” a concept that forms the cornerstone of U.S. “game” laws and lies at the core of the Western hunting ethic (“History”; “About the B & C Club”).

“Fair chase,” if we are to use English without stretching the meaning of words beyond recognition, ought to be similar. By what stretch of the imagination does a deer willingly become a hunter’s target? Is an armed man a fair match for an unarmed duck? How can the stakes be equal when a hunter choses to come to the field for recreation—for fun—while the “game” animal is merely going about his or her day and has no interest in being hunted, yet may or may not be wounded, maimed, or killed in the course of the hunter’s great adventure into the outdoors?

“Because today’s North American hunters are generally not facing starvation if they find no success in the hunt, they have the luxury to drum up “rules of fair chase to make the hunting experience a more exciting challenge”—and to assuage moral concerns/guilt that accompany such an unfair “sport” (Luke, “A Critical Analysis” 9).  “Hunting and fishing involve killing animals with devices (such as guns) for which target animals have not evolved natural defenses. No animal on earth has adequate defense against a human armed with a gun [or] a bow and arrow” (Bekoff 121). By what stretch of the imagination would it be possible for a hunter toting modern weaponry not to have an “unfair advantage” over geese, elk, bears, gophers, and quail? In the absence of an “improper or unfair advantage”—by definition—roughly 50 percent of hunting excursions would result in hunter deaths at the “hands” of their equally matched, read-to-kill “opponents.” If hunting entailed “fair chase,” I suspect there would be precious few hunters.

In truth, hunting does not entail any chase. It is extremely difficult to shoot fleeing wildlife, and it is pretty much impossible for a running, gasping hunter to successfully aim and fire a gun. Hunters are therefore most likely to fire at wildlife who have not taken flight, who have likely not even noticed the hunter’s presence (which is easy to accomplish with today’s long-range, precision weaponry). Instead of engaging in “fair chase,” hunters conceal their presence in the hope of killing hapless wild animals as they graze, nap, or scan the horizon for predators. The realities of hunting better fit the definitions of:

Regardless of the transparent ruse of “fair chase,” many hunters seek an even greater “improper or unfair advantage” through “advanced electronics, weaponry, chemicals, and camouflage, all designed to eliminate every last shred of chance . . . despite the fact that finding a deer to kill has literally never been easier” (Heffernan 25). Hunters, like many other contemporary people in industrialized nations, seem obsessed with gadgetry.

If we look honestly at hunting, “fair chase” is a misleading incongruity concocted in the hope of “retaining the hunt as an enjoyable” and legitimate form of recreation, despite the fact that such killing is completely unnecessary and embarrassingly easy (Luke, “A Critical Analysis” 3). “Fair chase” is a lie designed to cover up what is, in truth, a completely unnecessary ambush and massacre/assassination. 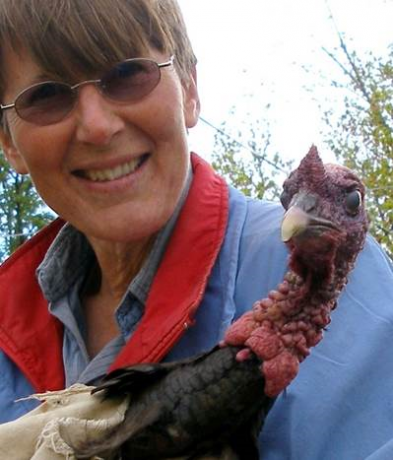 Lisa Kemmerer is a philosopher-activist working against oppression on behalf of nonhuman animals, the environment, or disempowered human beings. Eating Earth is her most recent publication. Kemmerer currently teaches philosophy and religions at Montana State University Billings.  You can learn more about her work at lisakemmerer.com or on her Facebook page.

FLOCK MEMBERS, READ ON FOR YOUR CHANCE TO WIN YOUR OWN COPY OF THIS BOOK! (NOT A FLOCK MEMBER YET? Join us today!)