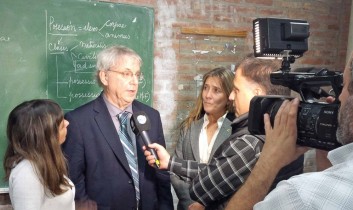 Chimpanzees are smart and self-aware, but it is legal to lock them up against their will? What if it weren’t? The Nonhuman Rights Project has set out to free imprisoned chimps with three lawsuits, arguing that this species should have a right to liberty. Attorney and commentator Piper Hoffman cuts through the legalese to discuss what is at stake for chimps. 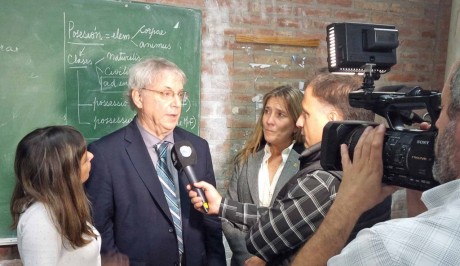 Some non-human animals should have a legal right to be free. This is the argument that several courts in New York State have considered in three cases challenging the imprisonment of four chimpanzees. At the most recent hearing, in a standing-room-only courtroom in Manhattan on May 27, attorneys debated whether Hercules and Leo, two young chimps whom the State University of New York at Stony Brook holds captive for research, must be released to a sanctuary.

The Nonhuman Rights Project (NhRP) has filed the three cases on behalf of New York chimps in a campaign to win legal recognition for their right to bodily liberty. (The other two cases are on behalf of two chimps named Kiko and Tommy; both cases are on appeal after initial losses.)

The cases have sparked strong reactions, both positive and negative, from animal advocates and others. One ethical vegan I know worries that the cases will make animal advocates look too extreme and out of touch because they seek human rights for animals. A lawyer with no interest in animal issues opposes the suits because, he says, there can be no rights without responsibilities, and animals can’t carry out responsibilities to society. They are both wrong.

The response to the vegan is that none of these cases ask for human rights for chimpanzees, only for rights that are appropriate for and due to those primates. NhRP doesn’t ask for chimps to gain the right to free speech and assembly, for example. It only seeks for them the right not to be held captive against their wills and interests. That distinction is important, though it may be lost on people already inclined to believe that animal rights advocates are unreasonable and fringe.

How to Get Liberty for Imprisoned Chimpanzees: Habeas Corpus

NhRP bases its case for Hercules and Leo on the fundamental legal principle of habeas corpus, a right guaranteed in the first Article of the American Constitution. Courts use it to free those who are wrongfully imprisoned. Wise emphasized in court that habeas corpus is so important that it is free from the procedural restrictions limiting the scope of most other legal rights. Most legal disputes can go to court only once; as one example, television teaches us that the rule against “double jeopardy” forbids trying an accused person for the same crime twice. Petitions for habeas corpus, in contrast, can go to court over and over.

Refusing habeas corpus to a class of intelligent creatures who are self-aware, who remember the past, plan for the future, and can suffer acutely in the present, must not be done lightly. Of all the courts that NhRP’s lawsuits have been through, the judge hearing Hercules and Leo’s case is the only one to recognize that. Justice Barbara Jaffe challenged the attorney arguing in favor of the university that owns the two chimps, asking whether the judiciary isn’t obligated to at least consider whether a class of beings should have something close to rights.

While other judges have refused even to consider the possibility that locking up chimpanzees is so wrong that it should be against the law, Justice Jaffe gave Hercules and Leo their day in court. An NhRP press release says that until then, arguments in favor of habeas corpus for a species of non-human animal had “never been heard in an English-speaking court before.” Justice Jaffe took the case seriously, saying after the hearing that the attorneys’ positions were “extremely interesting and well argued.”

New Ground Can Be Broken

The novelty of NhRP’s arguments does not doom them to failure. American judges can reinterpret or extend some kinds of legal rights to keep up with evolving social values. For instance, judges created nationwide rights to interracial marriage, to be free from segregation, and to get abortions. In other words, the fact that no court has ever granted habeas corpus to a chimpanzee doesn’t mean that a judge can’t or won’t do so now – as Wise pointed out at the hearing, no one has ever asked for it before. Justice Jaffe observed that one of those legal principles subject to expansive interpretation is the very one that may save Hercules and Leo – habeas corpus.

There is no telling what the outcome of the May 27 hearing will be and no deadline for Justice Jaffe to announce it. While we wait, NhRP continues its fights for Kiko and Tommy.

Piper Hoffman, founder of Piper Hoffman Esq., PLLC, teaches Animal Law at Brooklyn Law School, is a contributor to Our Hen House, and sits on the New York City Bar Association’s Animal Law Committee.  She is a long-time animal activist and vegan and serves as the executive director of Uncrowded, a non-profit advocating for smaller families, stronger democracies, and more protected nature. Piper is committed to reclaiming the term “cat lady.”