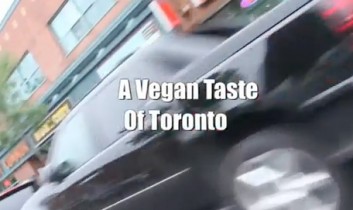 Our Hen House has certainly made its way around the world in its 5 years of operation, from Basel, Switzerland to Portland, Oregon and beyond. In this video — which we’re bringing back for #ThrowbackThursday — the Hens take on the great (and delicious) city of Toronto!

This article originally appeared on Our Hen House on December 2, 2011. If you’d like to see a certain OHH article resurrected, email us at info [at] ourhenhouse [dot] org.

When I heard that we were headed to Toronto for a bar association event, I really didn’t know what to expect. I knew it was supposed to be a very cosmopolitan, diverse city, but, let’s face it, the bottom line is, “how’s the food?!?” Are we talking vegan mecca or vegan wasteland? Or something in between? 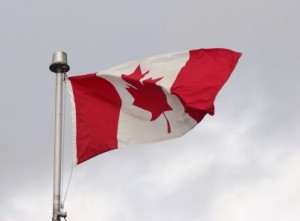 Well, not to worry, Toronto’s food is outrageous. In fact, it’s so good that Jasmin had to get it into a video — A Vegan Taste of Toronto — so that when others, like you, are planning a trip, you will know exactly where to go. Luckily, since we only had a few days there, Jasmin managed to find two very vegan-savvy locals to show her the ins and outs. Jo-Anne McArthur is not only an incredible photographer and photojournalist who has devoted herself to capturing the lives of animals around the world and recording them in the ongoing project We Animals, but she is also a woman who knows her soy-chicken and waffles from top to bottom. And Karol Orzechowski, a filmmaker who is in the midst of production for his in-depth look at the animals, and people, caught in the trap of vivisection — Maximum Tolerated Dose — found some restaurants for Jasmin to visit that even other local vegans hadn’t been to yet.

We hope you enjoy this quick virtual trip to Toronto, which we made in collaboration with VegNews TV. We are sure it will inspire you to try the real thing very soon.