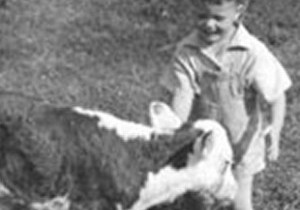 We’ve featured a number of farmers-turned-animal activists here on Our Hen House over the years — Bob Comis and Renee King-Sonnen, to name a few — and we’re excited to once again highlight our first — Jim Mason — today on #ThrowbackThursday.

This article originally appeared on Our Hen House on August 6, 2013. If you’d like to see a certain OHH article resurrected, email us at info [at] ourhenhouse [dot] org.

Jim Mason is a modern day animal rights hero. We at Our Hen House are big fans of Jim’s long-time advocacy efforts, and so it’s a real coup that he is our guest writer today. It’s somewhat hard to believe that Jim’s childhood began on a farm, and yet, as he explains below, it was these very experiences that shaped him into the tireless animal advocate he is today. Just as Laura Handzel, a former 4-H kid, explained last week , [Editor’s Note: …and 2 years ago, now] empathy and compassion for animals are sometimes fostered despite all odds, and in the most unlikely of places.

If your friends and relatives still think that good old-fashioned family farms should replace factory farming, tell them to think again. As a former farm kid now in recovery, I know the cruel realities behind that illusion. 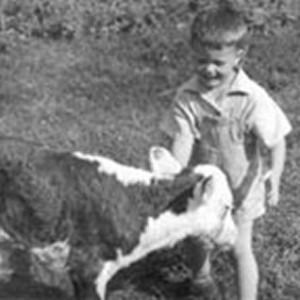 The Mason family began farming 160 acres of land in southwest Missouri at the outbreak of World War II.  My parents chose the area to be near my mother’s birthplace and roots. Her family had farmed in the county since 1850, when Moses Shelton came in a covered wagon from a rock patch in Tennessee.

I was a little over one year old when we moved into the farmhouse in 1941. I remember nothing of that move – just a feeling of hardship, of discomfort. The house had no insulation, bathroom, or central heat, only a wood-fired cookstove in the kitchen. Ours was the last house in the neighborhood to get electricity before the war effort shut down supplies of gasoline, tires, and copper. The toilet was a “two-holer” outhouse in the back yard.

My earliest memories are not pretty. The images are vivid and indelible, and these mental pictures bring me anguish still. If I share some with you, you may want to stop reading. Please don’t, for you need to be strong for the animals – very strong. You ought to know – as directly as possible – the gruesome realities, to feel the pain, and to bear it all, for then you will be a well-armed fighter for animals. Outrage is the nutrient of activism.

And the pain is the thing, because it shows that the often-miserable human animal has empathy. We have some unlearned, instinctive affinity for other animals, some capacity for feeling bad about the bad things we do to them. Of course it gets beaten out of us as early as possible so that society can be more comfortable with its uses of animals. We are born sensitive, yet systematically desensitized. And this is the best reason to share these memories, because there is hope in feeling revulsion against cruelty to animals, hope in knowing the feeling is natural. Which is why slaughterhouses and laboratories are hidden and farm state legislators want to make it a crime to expose them.

We went to the barn mornings and evenings, my father, two older brothers, and I. They included me in the routine as soon as I turned five. Not all of the memories are ugly, though. The smells were warm and sweet: cows’ breath, hay, the feed bin redolent with a mixture of molasses and ground grains. Soon I took to “rescuing” baby mice from their nests and trying to raise them in a shoebox behind the kitchen stove. Eyedropper, warmed milk, and so on until they all died from my “kindness.” There were other misguided rescues of baby bunnies, birds, squirrels, and other small creatures whose homes were destroyed by agriculture. I got a short flight of empathy, a tidbit of bonding, before chore time and the crueler sides of farming took hold.

One morning farmer neighbors and their wives began arriving with baskets of food. At four or five years old and curious, I walk out to the porch steps. The first thing I see is our big oak tree with bodies hanging and blood dripping down, then – below me on the grass – pigs’ heads in washtubs. That image haunts me still. I don’t remember anything after that. But my mother told me years later that I became hysterical and that my behavior was so upsetting to everybody that they took me to town to stay with my aunt. I didn’t want to come home. I couldn’t sleep. I had nightmares. Although this apparently went on for days, I don’t remember any of it. From then on when they slaughtered they would sneak me away a day or two before under some pretext.

Years passed with many lessons on farmed animals from family and community: Animals don’t feel it; they are God-given for our use; it’s necessary for our survival, and so on. One day I was deemed big, strong, and ready enough to join the men in “working the calves.” This meant separating the calves from the herd, wrestling them to the ground, tying their legs, and holding them down so that one of the men could cut or saw off the budding horns and castrate the males – all without anesthetic. I knew about what the men did because for years I had been allowed to watch as part of the training – desensitizing – for farm work. So on that morning I went with the men out through the backyard to the barn lot. As we climbed over the corral fence, I began crying. I felt for the calves; I thought of their eyes bulging, white in pain and terror. That’s when my uncle said, “If you don’t straighten up and act like a man, we’ll send you back to the house with the girls.” I felt ashamed, and shame is very forceful. I went with the men that day, but it was a huge mistake.

There are many more such scenes that haunt me, but I will spare you. You get the idea: farm work entails violence to animals. Cruelty somehow becomes necessary. One has to “man up” and “suck it up” and “do what needs to be done.” In the agri-culture, one has to stifle empathy and embrace a worldview of contempt for animals and nature. Misothery (rhymes with misogyny), as I called it in my book An Unnatural Order, is an ideology – a religion of sorts. It is the view that sees non-human life as mere tools and property for humans. It is a fabrication – a set of lies to make human life comfortable. It is a delusion. It is not real. But our empathy, our affinity for, our kinship with animals is real. My farm childhood taught me that more than anything. 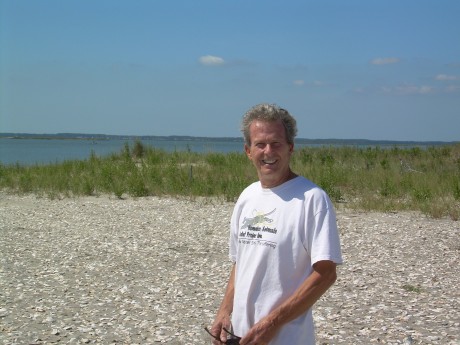 Jim Mason is an author and attorney. His latest book, The Ethics of What We Eat: Why Our Food Choices Matter (co-authored with Peter Singer), explores the ethical questions involved in modern food systems. Mason’s book, An Unnatural Order: The Roots of Our Destruction of Nature (Lantern Books, 2005), traces the origins and growth of the ideology of human supremacy. Animal Factories, his 1980 book with Peter Singer, was the first to document in depth how factory farming harms animals, environment, and consumers.