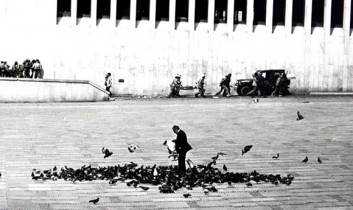 It’d take more than two decades before Fernando Cuenca, who lived his formative years during the worst decade of the war on drugs in Colombia, would understand the emotional effects of the bloodshed that surrounded him. Today he shares an introspective journey that had him revisit his childhood memories, the healing of wounds, and how – even in times of war – it is imperative to talk about how we relate to non-human animals. 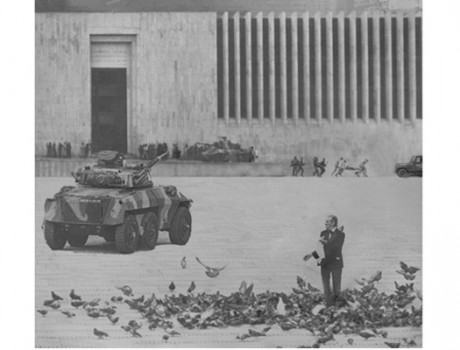 I’m drawing. There’s a building, fire is coming from between the columns on the facade. A helicopter is dropping soldiers on the roof; the building is surrounded by armored trucks and soldiers with assault rifles. They are everywhere. I look at my friend’s drawing and we compare them. He’s drawn a very similar scene. It’s not the first time we’ve drawn it. We’re in second grade, which means it’s probably early 1986 and I’m seven years old.

That memory, that drawing, still resides in my mind. It’s vivid and even haunting. The scene is the siege of the Colombian Ministry of Justice building by guerrilla troops, which occurred in November 1985 and was financed by the infamous drug lord Pablo Escobar. Those memories of violence are uniformly smeared into my childhood, for my generation is the first one without a time before drug cartels, also the first one without a time before the war on drugs. Even though Pablo Escobar was gunned down on a Medellín rooftop in 1993 with assistance from the U.S. government, it proved not to be the end. Someone else took his place, and then someone else, and someone else… and the cycle kept on going. The memories of drug-war-related violence have also been a constant for the next generation.

I had always thought I had come out of the war on drugs completely unscathed. I have no story of forced displacement to tell, no family member to mourn, no armed men to hide from. And I know my family and I are extremely lucky. I’m aware of the privilege in never having had to worry about our personal safety, food or shelter. Yet, it took me several years to understand that the constant bombardment of violent news had changed my psyche. After all, how many times can you hear about murders, car bombs and atrocities before it just all feels the same? That life goes on, that there’s no point in being scared when danger is the norm. What does it take for violence to be diluted to the point that the lack of it is what seems abnormal? 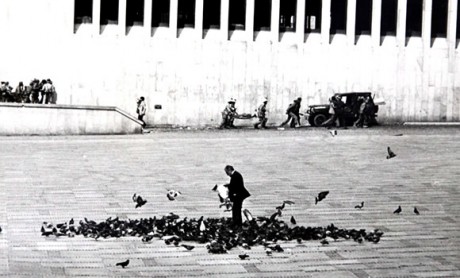 Years later, in 2002 and having already become vegan, I was one of a few interns sitting in a conference room at the PETA headquarters in Norfolk, VA. During intern orientation, we were shown the HBO documentary To Love or Kill. In it, there’s a very graphic scene in which a cat is boiled alive for food. There were tears in the room, but they weren’t mine. Even though I was being shown unspeakable cruelty, my mind didn’t even flinch and all I remember feeling was very uncomfortable and out of place, so I grabbed a tissue and I faked it. It wasn’t until recently that I seriously looked inside myself and realized that I have never been affected emotionally by graphic imagery of animal and non-animal cruelty. When people cry, when they can’t look, when they ask for others not to share graphic imagery, I feel next to nothing. And that, for lack of better words, is what I started calling Pablo’s legacy.

But Pablo’s legacy is a reminder. A reminder that the normalization of violence is present every time there are animal bodies on our plates and our minds do not flinch. It shows that the inherent injustice of our relationship with animals is so diluted that just the attempt to live without participating in it – that is, veganism – is seen as abnormal, even extreme. Unfortunately, Pablo’s legacy didn’t affect just me, it touched everyone who is insensitive to animal abuse and reinforced the notion that only human suffering is worth caring about; a common theme I encountered while doing animal rights work in Colombia. The true tragic consequence of this mindset is that, as we know, human and non-human suffering are interconnected; they breed one another, and the more exposure a person has to animal abuse, the more they are desensitized towards interpersonal violence. In that sense, Pablo’s legacy is self-sustaining. Unless we step up our efforts to break the cycle.

For a while, I struggled to accept this legacy. I longed for tears, longed to not be able to watch. But I’ve come to see this is part of who I am, and understanding that has helped me start moving on. I visited Colombia recently, and even though progress has been slow and the internal conflict rages on, I couldn’t help but feel hope. I never imagined that, in just over a decade, there would be multiple animal rights organizations, vegan restaurants, and an open discussion about the ethics of veganism and its link into solving the ongoing human tragedy. We are not there, but we are laying down the path for a new generation. One in which men and women will not have to worry about why they drew war scenes as kids, and will instead question unjust practices, no matter how normalized they seem. That in itself makes me teary-eyed. 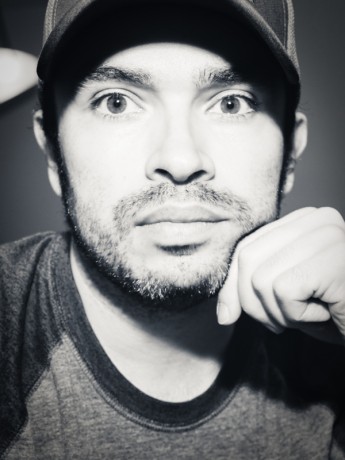 Fernando Cuenca was born and raised in Bogotá, Colombia. After getting involved in anti-bullfighting campaigns, he co-founded Verdadera Compasión, an animal rights organization that embraced veganism as the ethical answer to the problem of animal exploitation. A quintessential nerd, he can be found discussing the awesomeness of Transformers, the latest findings in particle physics or any writings related to the philosophy of Baruch Spinoza. He immigrated to the United States in 2002, and currently lives north of Seattle with his wife and son where he is an active member of NARN (Northwest Animal Rights Network) and Generation Veggie.