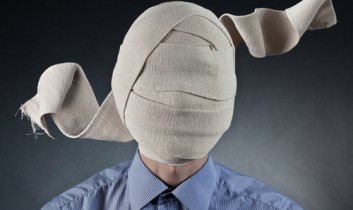 On this edition of Throwback Thursday (which just so happens to concide with Thanksgiving, so have yourself a fabulous turkey-friendly meal!), we feature the story of one of our very favorite Vegan Mos — none other than Ethan Ciment — as he uses his post-surgery experience as an opportunity to empathize with non-human animals.

This article’s originally appeared on Our Hen House on September 20, 2013. If you’d like to see a certain OHH article resurrected, email us at info [at] ourhenhouse [dot] org.

There is little doubt in my head that today’s feature by Ethan Ciment will resonate with each of you. He manages to so beautifully articulate what so many of us have felt (or have challenged ourselves to feel) in those times we have found ourselves in physical pain. 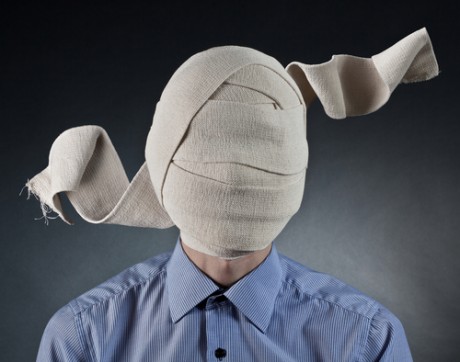 I had surgery last Friday. I was well prepared beforehand, and knew exactly what the plan was – to correct a deviated septum that was making it hard for me to breathe, repair an eyelid that was damaged with scar tissue, and revise two painful scars on my scalp left over from a previous operation. In spite of the fact that I myself am a surgeon – or maybe because I am a surgeon – I was worried going in. I was concerned about the potential for significant post-operative complications like infection, prolonged swelling, and pain.

Unlike my previous surgeries, however, I made a decision that, this time, I was going to handle my post-op experience in a new way. Not just because I didn’t want to drive my dear husband crazy while he lovingly took on the role of my caretaker, and not simply because I wanted to disprove the adage that “all doctors make the worst patients.” You see, I had an idea that if I could turn my focus away from my own pain and suffering, and toward that of another, it might help me better endure my own situation and give me perspective on it.

My strategy worked, and, you know what? It was a cathartic process. Ultimately, refocusing my healing away from my own suffering, and onto the reality of what others endure, not only provided me with perspective, but it also left me feeling emboldened and inspired to help those who are less lucky. Namely, the animals who live and die in absolute horror every single day. Let me explain …

Reflecting back on my past experiences of recovering from surgeries, I found a common thread: I was always rejecting the present moment. I would think about things that happened prior to the surgery, or project toward days to come when the pain would be a distant memory. Impatient with the present, I tried to simply reject it. Anxious doing what I thought of as just resting and “lying around,” I literally could not wait until the pain subsided and the bruising and swelling were gone. I just wanted to get past this.

In thinking about this pattern, which never worked very well in helping me recover, I considered what I have learned since then that could help me do things differently. I thought about how I opened my mind, my heart, and my circle of compassion toward all living beings when I went vegan four years ago – and how I could use that awakening to give me a different Zen about the process of healing. I even wondered if I could extend this idea beyond myself by using it to help me relate to my patients with compassion and caring. It was not about invalidating my own suffering; it was about validating and empathizing with others.

So, through the past six days since my surgery, I have been making a conscious choice to stay present. At all times, I have sought to bring myself into the moment. When I get antsy and feel frustrated, confined, and limited, I shift my focus from self-pity and my own set of circumstances, and I think of another who suffers a similar (or much worse) plight. I think of a pig in a gestation crate, or a young baby calf trapped in a veal pen. Confined to spaces hardly larger than the borders of their malnourished, abused bodies, these individuals are unable to stand up, turn around, stretch, walk, run, or do the most basic of instinctual acts. I think of their entire confined existence, so much more miserable than my own present moment – lying on smooth cotton sheets in a plush, comfortable, king-size bed, in a beautiful home, in a perfectly air-conditioned room; being tended to lovingly by my husband; having all my needs met. Suddenly, the cage of my bedroom feels palatial.

When I accidentally touch my tender nose and feel a sharp shooting pain into the center of my head, I immediately redirect my thoughts to the billions of chickens who are debeaked every year. I remind myself that, having the privilege of health insurance, I was able to undergo a necessary surgical procedure performed by a skilled surgeon, in a clean and sterile facility. I was carefully anesthetized before the procedure even started. Afterward, I was given tremendous nursing care with great attention paid to my pain level to make sure it never became too unbearable. I was carefully doted upon to make sure that I didn’t get an infection after the procedure or suffer debilitating swelling that could permanently compromise my ability to breathe.

I am so fortunate, and so privileged – unlike those billions of nameless, faceless individual chickens who, with no anesthesia, no pain relief, and no nursing aftercare, were physically restrained by beings much stronger than they and, though having nothing wrong with their noses/beaks to begin with, endured having a searing hot blade cut off the sensitive tissue between the horn and the bone of their beaks. This cruel and disfiguring mutilation, performed on nearly all chickens, causes not just excruciating pain, but often leads to the formation of tumors in the healed beak stump. Many studies show that debeaked chickens are unable to eat, drink, and preen properly, and that they exhibit severe behavioral disorders associated with chronic pain and depression for the rest of their miserable and unnaturally short lives. When I think of their situation, suddenly, I find the annoying splint that temporarily holds my nose and septum straight to be manageable. It will come off, soon enough. It will never keep me from breathing, eating, or using my nose in the way I wish to.

I find that the deeper I delve into the wellspring of empathy for others who have it worse than I do – the more I focus on awareness, compassion, and empathy for others who endure far worse pain and lifelong abuse and suffering in this very same moment – the more effortlessly my focus shifts away from my own transient physical state of discomfort. In some ways, ironically, this focus frees me. In this shared moment of pain and discomfort, I connect deeply to these billions of innocent, scared, abused, and hurting non-human animals, and I am instantly humbled. I see my pain for what it really is. For me, this realization is deeply healing and profoundly transformational.

My bruises and scars are starting to heal, and my pain is now just a mild discomfort. I eagerly look forward to my escape from my luxurious “cage” of comfort where I’ve been confined for these past six days, as I head to my physician today to have my staples and sutures removed. When I walk out my front door, I will delight in the fresh air that I can breathe through my functioning nostrils. I will bask in the sunshine on my face and give thanks for my freedom to move. In that moment, I know I will feel deep gratitude for having made it to the other side of this healing process.

But I will still think of the tens of billions of non-human individuals who, like me, wish to be free – free of their cages, free of being someone else’s property, free to move about as they wish, and free to feel the sun on their faces and the wind in their nostrils. Having endured a much lesser degree of confinement that simply cannot compare to theirs, I am humbled, energized, and recommitted to do my part to help them. I see their plight and feel it as my own. 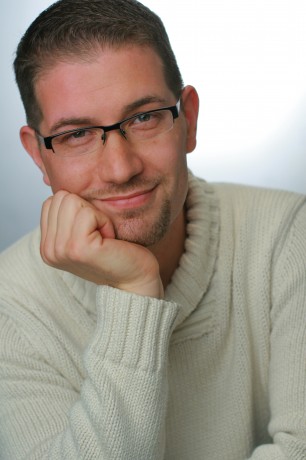 Ethan Ciment is passionate about social justice and is a vocal advocate of equality for all, regardless of species. Raised in an Orthodox Jewish family, and coming from a long line of kosher butchers, Ethan woke up in his late 30s to the realities of animal exploitation when caring for his ailing dog, Chandler. Ethan lives outside New York City with his husband Michael (whom he successfully converted to veganism) and their three vegan dogs. When not lending his voice to those who cannot speak for themselves, Ethan is a podiatric surgeon in private practice in New York City. Ethan is a lifelong pianist, world traveler, and Whovian. He and Michael are proud to be Barnyard Benefactors for Our Hen House (though they prefer to refer to themselves as the “fabulous gay roosters”).