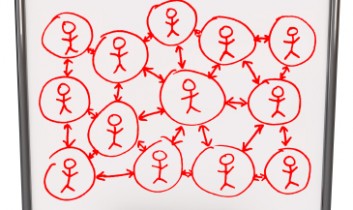 Colleges and universities continue to serve as hubs of animal activism, no doubt thanks to the incredible work and diligence of students like Azucena Lucatero, the author of today’s #ThrowbackThursday.

This article’s originally appeared on Our Hen House on November 4, 2013. If you’d like to see a certain OHH article resurrected, email us at info [at] ourhenhouse [dot] org.

If you’re like me, you’ve been out of school for a number of years, and yet you still tense up when September rolls around – it’s just habit. But with the inherent anxiety of a new school year also comes that palpable sensation of possibilities. The chillier weather and sudden autumnal surroundings remind me of newness, and I find that incredibly motivating.

For students, such as today’s guest feature writer – college sophomore Azucena Lucatero – the newness of the season, and the beginning of the semester, bring with them the opportunity to start a movement. Imagine what this world would look like if we each stepped up to the plate and took this kind of initiative ourselves? There is, it seems, hope for the future. 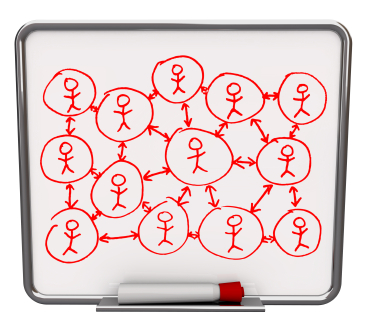 Everyone with an animal consciousness knows that person. The one who is progressive-minded, thinks deeply and critically about the world, and is wonderfully empathetic and compassionate – yet, this person hasn’t quite made the connection with animals. Oh, the frustration! It seems the tiniest nudge in the right direction would be sufficient for this individual to see the alignment between his or her values and the message of veganism and animal rights, but this person remains unyielding. This is how I feel about my school, Swarthmore College, a small liberal arts college 20 minutes outside of Philadelphia.

In many respects, Swarthmore – where I am currently a sophomore – lives up to its recognition by Newsweek as one of the top 15 “most liberal colleges” (of 2012). A number of the over 100 student groups on campus champion a variety of causes – including human rights issues, like slavery and the exploitation of undocumented immigrants, as well as environmental issues, such as the divestment of fossil fuels and sustainability. However, none of these groups represent the interests of animals. The same is true for course offerings; a multitude of courses discuss human and environmental suffering, but not one focuses on the plight of animals. This is where I come in.

When I first came to college, I was really excited at the possibility of finding an animal rights community. Back in my hometown – a largely Hispanic, suburban city in Southern California – I was the only vegan in my family, my high school, and, it seemed, my entire city. Veganism was so unheard of that my art history teacher once jokingly called me a radical. I was extremely lucky to eventually obtain my parents’ support (although not without obstacles), but I still faced many challenges as a new vegan. It was difficult for me, a timid, introverted high school junior, to be outspoken about my beliefs. I gave a few speeches about veganism for academic competitions, and I baked vegan goodies for my friends whenever possible, but that was the extent of my activism. I wanted to do more, but I had no idea where to begin, and I was afraid – afraid of the judgment of my peers, afraid of the hostile reactions I might receive, and afraid of being a weak voice for the animals. For me, college was an opportunity to change all this. I hoped a community of like-minded people would help me find my voice as an animal activist as well as a way to contribute in the fight for animals.

During my freshman year at Swarthmore, I found a fair share of vegetarians and dietary vegans scattered throughout the student body, but no vegan or animal rights community to speak of. I despaired at the unfortunate situation. No one ever spoke about animal issues, even when violence and injustice toward animals seemed blatantly obvious to me in the everyday actions and speech of my professors and peers. My new friends were supportive of my veganism, but that was as far as they were willing to go. When I looked to the green groups on campus – the people I felt would be most likely to sympathize with animal suffering – I saw that they completely missed the boat. They would applaud the college’s efforts to support the locavore movement and lean toward what they perceived as more “humane” animal products, while ignoring the persistence of animal cruelty in these systems. In my introductory biology classes, I grieved over how frequently and unflinchingly science “sacrificed” animals to make advancements. I tried to speak up for the animals from time to time, but I mostly kept my thoughts to myself. Among students who spoke so eloquently and intelligently, who debated so passionately and compellingly, I didn’t think I could hold my own and make a good case for the animals. Throughout the year, my frustration and sadness over the treatment of animals – even in this freethinking college setting – built up, until I finally decided that a change of tactics was in order. I would be silent and passive no more. If I couldn’t find community, I would just have to make community myself.

Over the summer, I began to research how to form an animal rights club, seeking out the tools I would need for community building. I posted a message in my class year’s Facebook group announcing my intentions to revive the old Swarthmore animal rights coalition, and, to my delight, a few people responded with interest right away. “A few” might not seem like very many at all, but, for me, it was more than enough encouragement. We exchanged ideas and hopes for what the group would look like and what it would accomplish, and we agreed to make this a reality in the coming school year – quite a feat in itself, as Swatties (Swarthmore students) are notoriously busy and overcommitted.

Some of the suggestions we’re working with include setting up weekly shuttles to drive students to a local animal shelter, organizing awareness-raising campaigns about issues like factory farming and puppy mills, bringing speakers with animal rights messages to campus, screening documentaries, and hosting vegan potlucks. In the past, college animal rights groups around the country have been very successful. At the University of Michigan, student-led demonstrations in 2011 prompted the university to stop using cats for its Survival Flight intubation lab. The University of Florida’s student animal rights group holds an annual VegFest, during which members provide free vegan food and hand out animal rights literature. College campuses can definitely be fertile ground for animal activism – students simply have to take action.

Although Swarthmore’s animal rights community is just starting to emerge, I’m very optimistic about what the future holds. So far, we’ve submitted a charter for approval by the student council in order to become an official student group and receive funding for activities and events. Even though we’re not official yet, we’ve helped host a rather well-received Meatless Monday dinner in our dining hall, and we set a date for a screening of the documentary Blackfish. We’ve also allied with Swarthmore’s green groups coalition, and we will soon hold an interest meeting to advertise what we’re up to and hopefully recruit some new members.

Just these first few steps have changed my perspective about what I can accomplish as an activist. Before, I questioned whether I was even cut out to be an activist. I now realize that it’s more important to actually do something than to do something perfectly. I’m still afraid to speak up sometimes, but that doesn’t hold me back anymore. I also feel more empowered to take action and do what needs to be done, instead of waiting around for my luck to change. I’d encourage any student to join or start an animal rights group at his or her school. In the words of Colleen Patrick-Goudreau, “If not you, who? If not now, when?”

Also be sure to read Our Hen House’s article “Join the Club: Advocating for Animals on College Campuses. 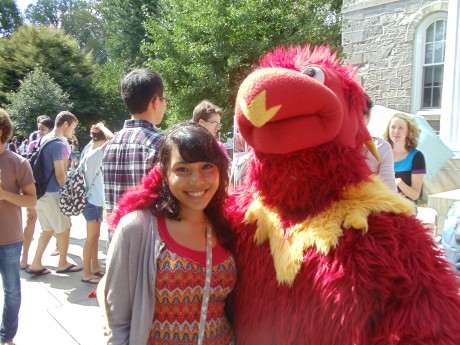 Azucena Lucatero is a sophomore at Swarthmore College. Originally from Southern California, she grew up in a meat-loving family and often visited her ranching relatives in Mexico, where she saw animal exploitation firsthand. She became vegan three years ago, after being encouraged – by way of her friend’s vegan cookies – to journey toward a more compassionate lifestyle. Azucena enjoys cooking, baking, hiking, swing dancing, and singing in the Swarthmore mariachi band. She is currently very excited to be a first-year student of Mandarin Chinese.