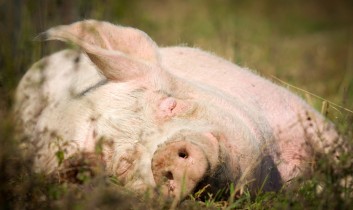 In today’s #ThrowbackThursday article from the always thought-provoking mind of Piper Hoffman, we can see how empathy is really the key factor driving animal activism.

This article’s originally appeared on Our Hen House on March 19, 2014. If you’d like to see a certain OHH article resurrected, email us at info [at] ourhenhouse [dot] org. 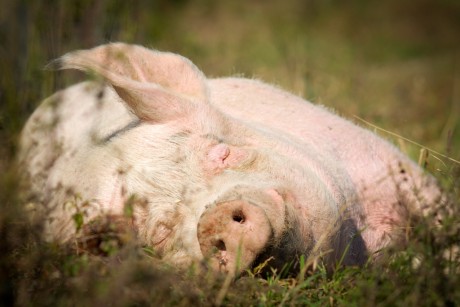 This is essentially the objection a commenter made to my last column, “Why It’s a Bad Idea to Get Rid of a Pet Because a Baby is On the Way,” which argued that pets don’t threaten a new baby’s health and safety and deserve to stay in their homes with their families. The commenter said that because I haven’t had children myself I wasn’t “compassionate” enough towards new parents.

I could give a hundred examples showing why this reasoning doesn’t make sense. I don’t need to undergo female genital mutilation or rape or a suicide bombing to know that they are wrong and hurt their victims. Suicide bombers may feel that I lack compassion for their plight: some of them are poor, have no prospects, have been oppressed their whole lives, want lots of virgins, whatever. I can understand that, even let myself feel what they feel, and still denounce what they did.

Empathy is the reason we are certain that battery cages are torture and slaughterhouses are hell. It draws from the mind to understand and the heart to imagine someone else’s experience. Empathy requires thinking intellectually about a situation and imagining being in someone else’s place in that situation, feeling what they feel.

That isn’t enough to put me precisely in the commenter’s head, or in the head of any given caged chicken. Imagination is not reality, and besides, each being’s experience is different, even when their circumstances are the same. But I can get the gist. I don’t have children, but I can understand and imagine that raising babies requires sacrifice and compromise, and that it shifts people’s priorities.

We do the same thing when we use our heads and hearts to empathize with animals. I don’t have the urge to peck at the ground, but I have other urges and can imagine what it would feel like if they were thwarted. I don’t have wings, but I can imagine how uncomfortable, even painful, it would be if I could never stretch my arms. I have never been crammed tightly with others in a cage, but I can look at the battered bodies of birds who have and feel how much it hurts.

Some people who profit from exploiting animals tell us that because we aren’t around chickens every day like they are, we can’t understand that the birds really don’t mind their living conditions. But we don’t need to see them daily to imagine what their lives are like. And the fact is that few farmers spend much time around their chickens every day either – in many facilities one person can feed and water tens of thousands of birds in a matter of minutes, thanks to mechanization.

Even those who spend hours a day with chickens are not necessarily entitled to claim they empathize with them more than others. Empathy is stronger when based on more than observation alone. In the case of chickens, we have scientific studies proving that the conditions they are trapped in cause medical disorders and trauma. In the case of parents, I have their words describing their experiences.

Allowing yourself to feel what a battery-caged hen feels, or what a pig being boiled alive in a slaughterhouse feels, can take courage for some people; for others the feelings come unbidden and are unavoidable. Thank goodness for that. Without empathy, or at least sympathy (understanding another’s situation without feeling it oneself), human beings might be monsters, treating others of all species cruelly when it suited them. Still, those who score high on empathic capacity benefit from learning to turn it off now and then. The sadness can be overwhelming, even paralyzing, leaving us no good to anyone – including the animals.

My trick for turning it off is to stop imagining. I can’t always pull it off, but when I do I can understand a situation without spiraling down into it myself. I find this harder to do when faced with pictures and easier to do when the information is coming in through words. I find it impossible in the presence of the suffering animal, and when Sarah McLachlan sings over a slideshow of pitiful-looking creatures. I don’t know how anybody can do that. Non-empathic people are a danger to those around them, but I wonder if they aren’t happier themselves.