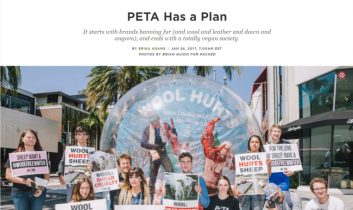 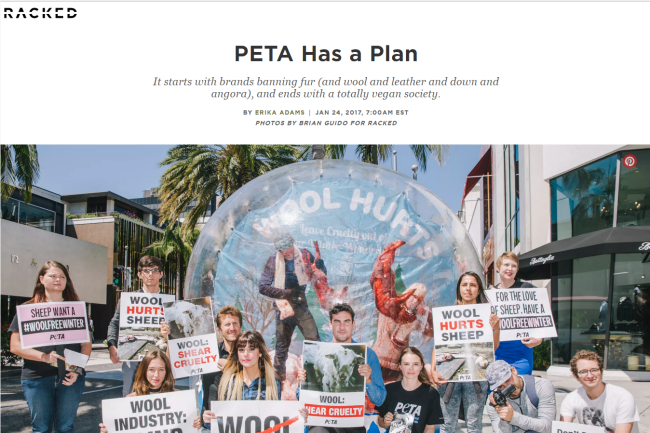 Excerpt from: “PETA HAS A PLAN” @ RACKED.com

Mariann Sullivan, a professor of animal law at Columbia University, founder of the nonprofit Our Hen House, and host of the Animal Law podcast, explains that farmed animals have “virtually no protection” under the law. Some animals, like captive wildlife, are subject to more protections because they are covered under a broader spectrum of laws, like the Endangered Species Act (which helps protect endangered animals and their ecosystems from extinction) and the Animal Welfare Act (which helps protect animals used in research and exhibition). But for commercial animals raised for food or clothing, there are only basic animal cruelty laws that are enforced at the state level.

“Each state has its own laws,” Sullivan says. “They are relatively similar, and they involve prohibiting causing an animal to suffer unnecessarily. So what does unnecessary mean? If you’re making money off of it, does that mean it’s necessary? There’s a lot of ambiguity in the laws, and then the laws are only enforced by prosecutors, not by animal protection organizations.”