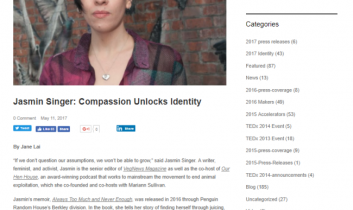 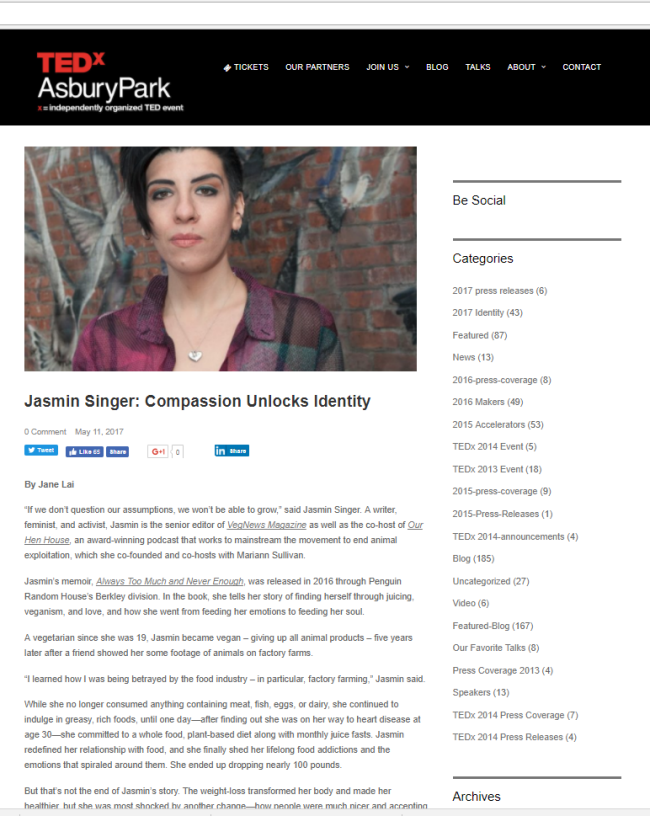 “If we don’t question our assumptions, we won’t be able to grow,” said Jasmin Singer. A writer, feminist, and activist, Jasmin is the senior editor of VegNews Magazine as well as the co-host of Our Hen House, an award-winning podcast that works to mainstream the movement to end animal exploitation, which she co-founded and co-hosts with Mariann Sullivan.

Jasmin’s memoir, Always Too Much and Never Enough, was released in 2016 through Penguin Random House’s Berkley division. In the book, she tells her story of finding herself through juicing, veganism, and love, and how she went from feeding her emotions to feeding her soul.”