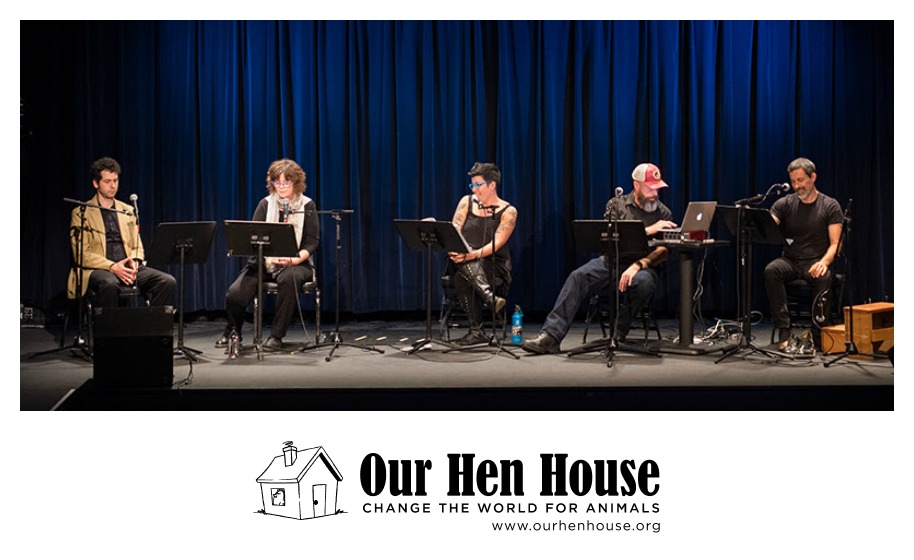 Welcome to the 410th episode of Our Hen House!

We are so excited to share this with you! This week’s episode is the recording of our recent world-premiere performance of John Yunker’s radio play, Sanctuary, recorded live at NYC’s Symphony Space during the Compassion Arts and Culture & Animals Festival last month!