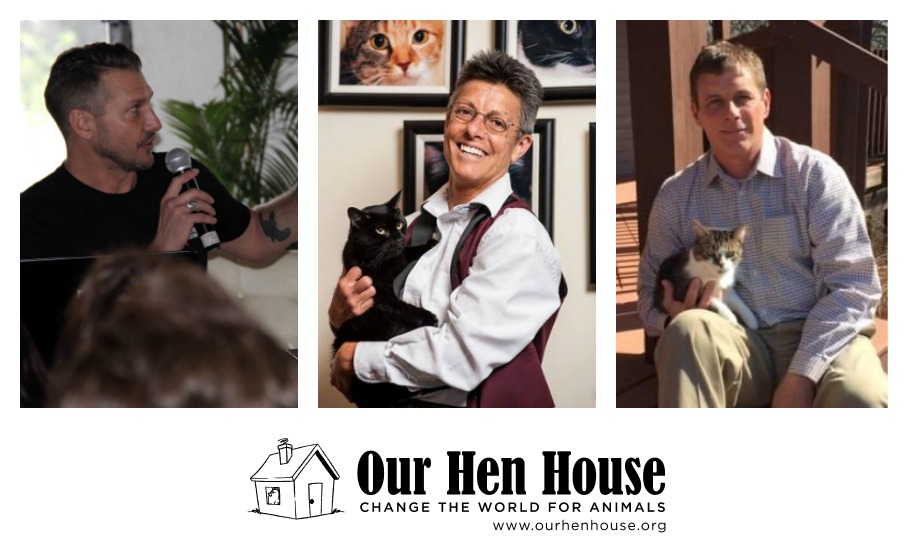 Welcome to the 413th episode of Our Hen House!

First, Jasmin talks to Adam Sugalski , Executive Director of OneProtest, about using effective messaging for protests. Adam is an animal protection warrior who has most recently led a national coalition of activists to fight, and successfully STOP the 2016, 2017 and 2018 trophy bear hunt in Florida. Adam believes strongly in utilizing professional activism to raise public awareness and end the most cruel forms of animal abuse. Adam is also dedicated to supporting activists across the nation by sharing his wealth of experience in mobilizing the strong voice of the people to stand up and affect real change. Adam is a published author and the winner of the 2016 Matthew Eyton Animal Activist Award. 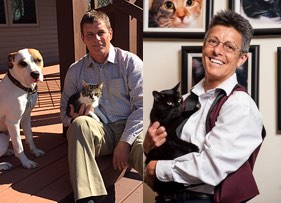 Then,Mariann talks to Richard Angelo and Joan Schaffner about their work with the American Bar Association’s Animal Law committee recent efforts to help community cats. Joan E. Schaffner, J.D., is an Associate Professor of Law at the George Washington University Law School. She received her B.S. in mechanical engineering (magna cum laude) and J.D. (Order of the Coif) from the University of Southern California and her M.S. in mechanical engineering from the Massachusetts Institute of Technology. Joan has presented on animal law panels and conferences world-wide. Joan’s most recent article published March 2017 in the Syracuse Law Review is “Community Cats: Changing the Legal Paradigm for So-Called ‘Pests.’” She is the author of Introduction to Animals and the Law, co-author and editor of A Lawyer’s Guide to Dangerous Dog Issues and Litigating Animal Law Disputes: A Complete Guide for Lawyers. In August 2013, she received the ABA TIPS Excellence in the Advancement of Animal Law Award, serves on ABA TIPS Council and was selected in 2017 as a Fellow to the American Bar Foundation. On a personal note, Joan shares her life with a magnificent group of felines.

Richard Angelo, Jr. is a Legislative Attorney for Best Friends Animal Society. His primary focus is on Best Friends’ work with community cats and promoting legislation that will humanely and directly reduce the killing of cats in shelters across the country. He was previously a sole practitioner with an office in Davison, Michigan, focusing on companion animal-related matters and litigation, including defending dangerous dog matters, consulting on alternatives to breed-specific legislation, ownership disputes of companion animals, zoning and ordinance violations regarding companion animals. He has been a member of the Animal Law Section of the State Bar of Michigan since 2001, and has served as a council member of that Section since 2009. He is also a member of the American Bar Association- TIPS Animal Law Committee, and International Law Section, Animal Law Committee, and the National Animal Care and Control Association. Richard resides in Goodrich, Michigan with his wife, five dogs, and three cats.

Here are some relevant links for this interview: