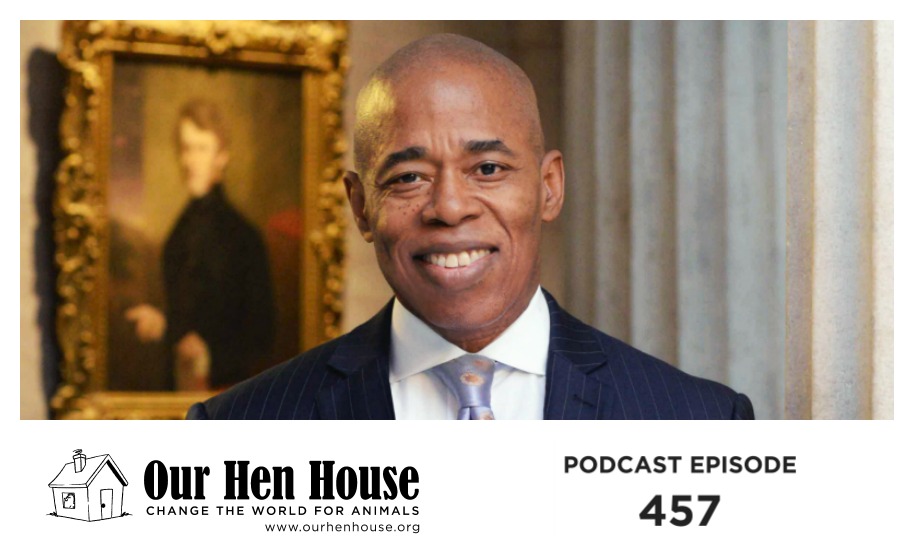 This week, Mariann talks to Brooklyn Borough President Eric Adams about how a serious medical diagnosis led him to a plant-based diet, the incredible initiatives he is implementing to promote healthier diets in schools, hospitals, and religious institutions (including the Urban Agriculture initiative), and why the American public’s unhealthy diet makes him “angry every day.”

For the past three decades, Eric L. Adams has served the residents of Brooklyn as borough president, state senator, police officer, and coalition builder. In November of 2017, he was reelected for a second term to represent all of Brooklyn as borough president. Born in Brownsville and educated in the City’s public school system, Eric is committed to ensuring Brooklyn’s bright future by helping each and every Brooklynite reach his or her full potential. Eric has worked to make the popularity of Brooklyn’s brand translate into prosperity for the over 2.6 million Brooklynites that call the borough home. He is a big believer in the power of connections, of bringing together people in need of services with resources that have long existed but have been underutilized. As a legislator, Eric’s record in the New York State Senate was one that underscored his strong commitment to the rights of those from every walk of life, including protecting the right to privacy, supporting marriage equality, defending a woman’s right to choose, as well as fighting for students’ rights, workers’ rights, and animal rights. His work involved efforts to prevent racial profiling, gender discrimination, domestic violence, and elder abuse.

Jasmin and Mariann talk about this week’s news stories, including Dove’s announcement that their products will now be certified cruelty-free by PETA, the arrest of Direct Action Everywhere protestors, and this week’s terrifying United Nations report about climate change.