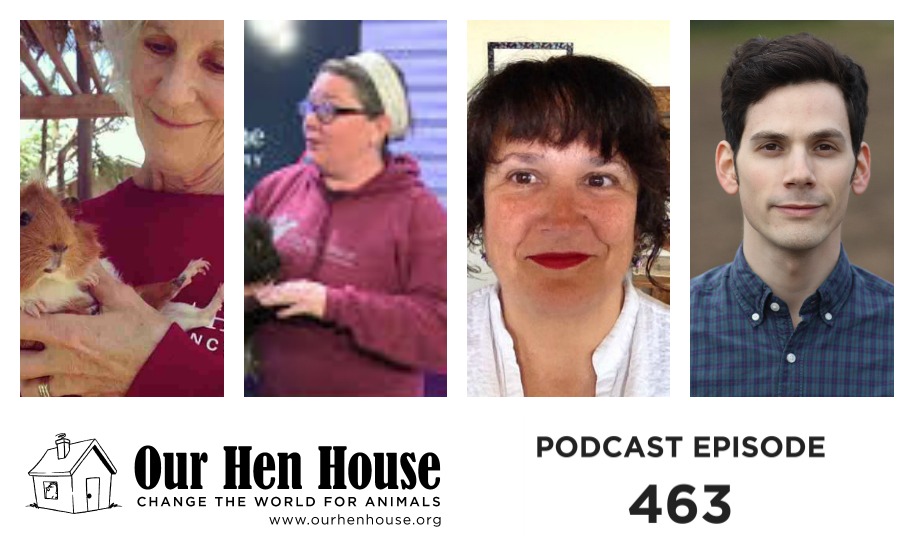 This week, Jasmin is at Harvest Home Sanctuary talking with Karen Courtemanche, Christine Morrissey, and Margo DeMello about the challenges and hope in sanctuary work and the incredible efforts they are making both together and individually for the benefit of animals.

Then, Mariann talks to filmmaker Richard Miron about his wonderful new documentary, For the Birds. They discuss the process of making the film, the connection he developed to the people involved in the story, and the fascinating cross-section of activism and storytelling. For more info, visit the For The Birds Facebook page. Richard assistant-edited Academy Award-nominated LIFE, ANIMATED, as well as ART AND CRAFT (Academy Award shortlist). He was the lead editor for the feature documentary THE SURROUNDING GAME. He received his B.A. in Art from Yale University, where he won the Howard Lamar Prize, Yale’s top film award. Richard was the Director of Programming for the Environmental Film Festival at Yale for two years, and has a background in animal rights. He received the Marcie Bloom Fellowship in Film, and was a fellow in the 2016 IFP Documentary Labs.

Also, Mariann and Jasmin talk about Jasmin’s recent VegNews article, “5 Foolproof Ways I Cope With Being Vegan at Thanksgiving.” We also have a very special dedication, and of course Mariann bringing us some Rising Anxieties.