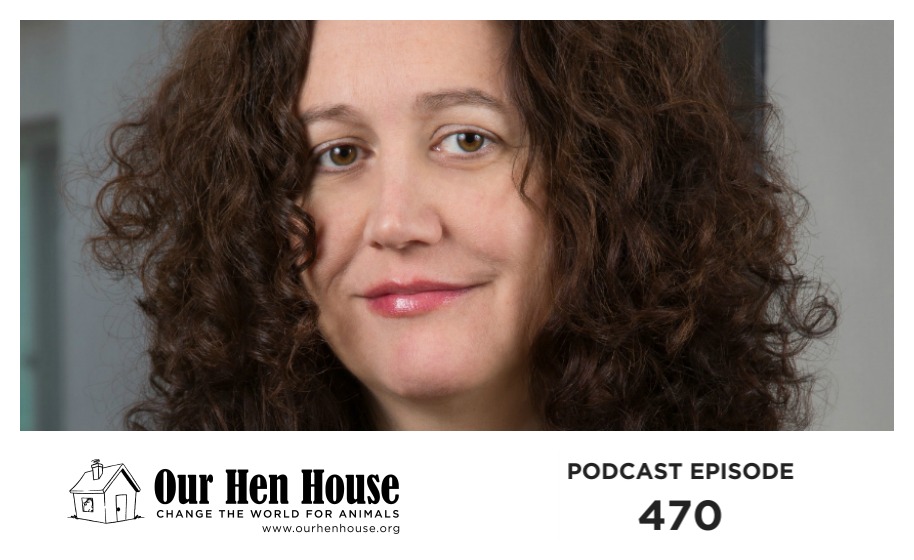 This week, Mariann talks to Kristen Stilt about halal slaughter and the animal welfare debates within that industry. They discuss the meaning of halal, the differences between halal rules and kosher rules, the moral complications involved in the slaughter of animals for food as it relates to religious law, and the work she has done to uncover and promote advocacy around these issues. She also updates us on what’s going on at Harvard’s Animal Law and Policy Program

Kristin Stilt is a Professor of Law at Harvard Law School. She also serves as Faculty Director of the Animal Law & Policy Program, Director of the Islamic Legal Studies Program, and is a Deputy Dean. Stilt was named a Carnegie Scholar for her work on Constitutional Islam, and in 2013 she was awarded a John Simon Guggenheim Memorial Foundation Fellowship. Her research focuses on animal law, and in particular the intersection of animal law and religious law; Islamic law and society; and comparative constitutional law. Publications include Islamic Law in Action (Oxford University Press, 2011); “Constitutional Innovation and Animal Protection in Egypt,” Law & Social Inquiry (2018); and “Law” in Critical Terms for Animal Studies, edited by Lori Gruen (University of Chicago Press, 2018). She is currently working on a new book project entitled Halal Animals, to be published by Oxford University Press.

In the intro to this episode, Mariann and Jasmin talk about the effectiveness of emailing podcasts hosts suggesting they go vegan, Jasmin’s cluttered email inbox, Jasmin’s inspiring conversation with Matthew Kenney, and Mariann’s renewed focus on simplicity. Later in the episode, Mariann brings us some Rising Anxieties.

This week’s episode brought to you in part by Sunday Scaries Vegan AF CBD gummies for anxiety, and the American Pets Alive! Conference.