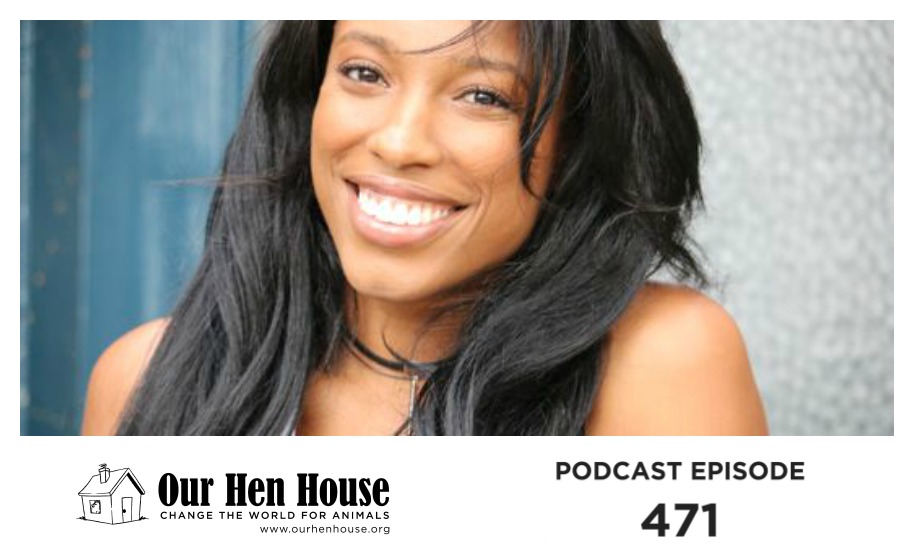 This week, Jasmin talks to Jasmine Leyva about her amazing film, The Invisible Vegan, which chronicles Jasmine’s personal experience with plant-based eating and also explains how plant-based eating is directly linked to African roots and how African-American eating habits have been debased by a chain of oppression stemming from slavery, economics and modern agribusiness. They also talk about the view of veganism as “white people food,” how slavery disrupted people’s relationships with food, and her hope to be the example of veganism she didn’t have growing up.

Jasmine Leyva has worked as an associate producer for the NAACP winning docuseries Unsung, and shortly after was given the opportunity to write and produce on Being, a docuseries highlighting dynamic entertainers in film and music. She went on to star in commercials and print ads for major brands like Nissan, Sony, Apple, Uber, American Express, Diesel, BlackPeopleMeet, Credit Sesame, Michelle Watches, Elle magazine and more. She also starred in the Lifetime show, My Crazy Ex, and is scheduled to star in her first indie film in 2017. Jasmine and her fiancé, Kenny Leyva, are currently producing their own feature length documentary, The Invisible Vegan. You can also follow her on Instagram @invisiblevegan.

In the intro to this episode, Mariann and Jasmin mourn the loss of beloved New York City vegan restaurant, Souen and the emotional impact of watching neighborhoods change. Later in the episode, Mariann brings us some Rising Anxieties. We also have a very lovely dedication.

This week’s episode brought to you in part by Sunday Scaries Vegan AF CBD gummies for anxiety, and the American Pets Alive! Conference.