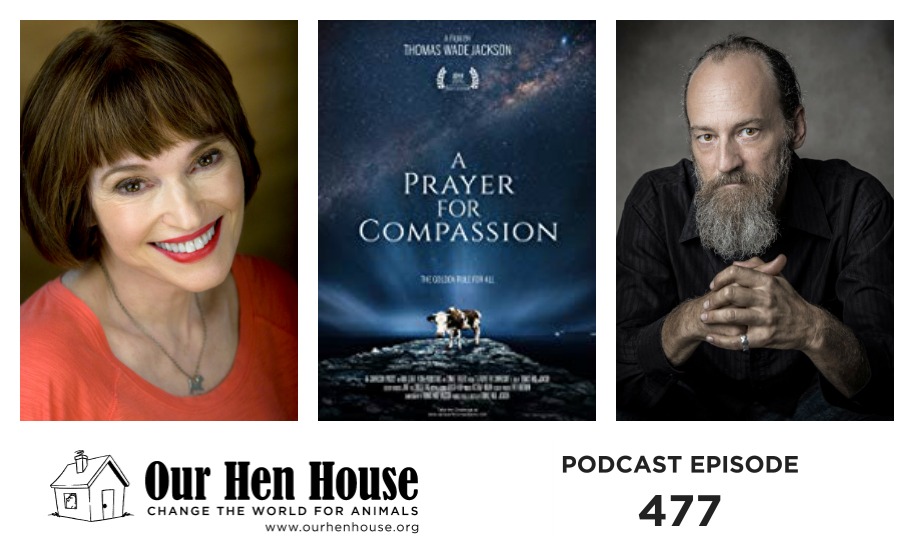 This week, Mariann interviews Victoria Moran and Thomas Jackson about their new film, A Prayer for Compassion, the intersections of ethical veganism and spirituality, the various vegan messages to be found within different spiritual texts, why religious people should be vegan, and navigating the hypocrisies around spirituality and veganism.

Victoria Moran is the author of thirteen books, including Main Street Vegan and, with JL Fields, The Main Street Vegan Academy Cookbook. Featured twice on Oprah, and voted “Peta’s Sexiest Vegan Over 50” in 2016, Moran hosts the Main Street Vegan podcast and is director of Main Street Vegan Academy, the exciting week-long intensive in NYC, training vegan lifestyle coaches, educators, and entrepreneurs. Going since 2012, the Academy now has 400 graduates in 28 countries. Victoria is also lead producer of A Prayer for Compassion, Thomas Jackson’s 2019 documentary introducing vegan living to people of faith. Thomas Jackson won a Student Academy Award for his short film, Slow Dancin’ Down the Aisles of the Quick Check, and he is also director of the feature, Mind the Gap. A vegan for ten years and an activist for nearly half that time, A Prayer for Compassion is Thomas’s first documentary. He lives is northern Florida.

In the intro to this episode, Jasmin and Mariann answer the common question, “What do you eat?!” They talk about their eating habits–including some potentially embarrassing revelations–and what they would like to eat more of. After the interview, Mariann brings us some Rising Anxieties. More info in the show notes!