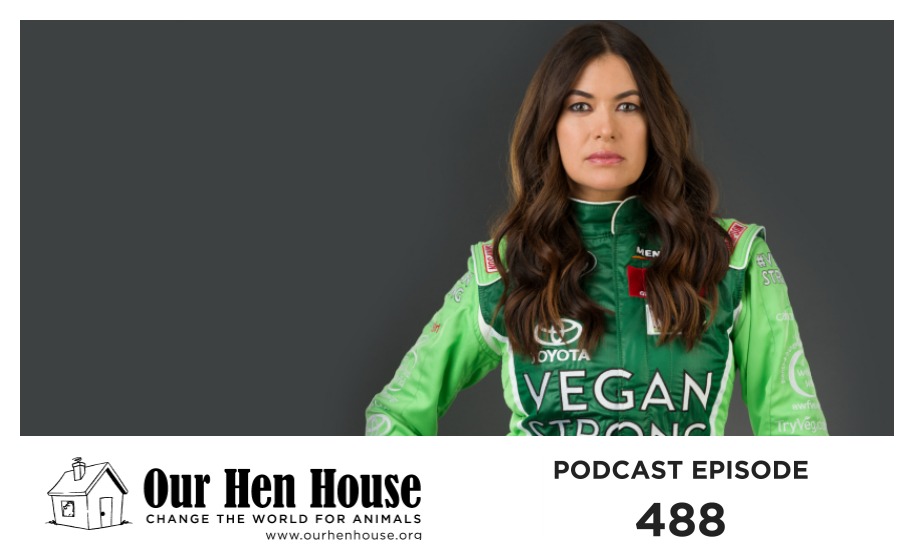 This week, Jasmin talks to Leilani Münter about serving vegan burgers to racing fans at Daytona and the incredible exposure she got for her Vegan race car. She also talks about her decision to retire from racing, and why human overpopulation is an animal rights issue.

Leilani Münter is a biology graduate, race car driver and environmental activist. Discovery’s Planet Green named her the #1 eco athlete in the world, ELLE Magazine awarded her their Genius Award, and Sports Illustrated named her one of the top ten female race car drivers in the world. In 61 starts Leilani has scored 9 top five and 21 top ten finishes. Since 2007, Leilani has been adopting endangered rainforest to offset the carbon footprint of her race car. So far she has protected over 1500 acres of rainforest. She uses her race car to spread environmental awareness and animal rights among millions of race fans in the US. Leilani sits on the board of EarthxFilm, Empowered by Light, and the Oceanic Preservation Society, the Academy Award winning filmmakers behind “The Cove.” She is featured in their 2015 Emmy-nominated documentary “Racing Extinction.” Leilani is also a patron of Population Matters and an ambassador of Ric O’Barry’s Dolphin Project. Leilani is vegan, her personal car is an electric Tesla Model S which she charges with solar power. Leilani’s motto is: never underestimate a vegan hippie chick with a race car.

In the intro to this episode, Jasmin and Mariann talk about a life-changing addition to Jasmin’s coffee routine, focusing on the big picture of changing the world for animals instead of creating a toxic environment in the animal rights movement, and Jasmin’s new job! After the interview, Mariann brings us some Rising Anxieties. More info in the show notes!