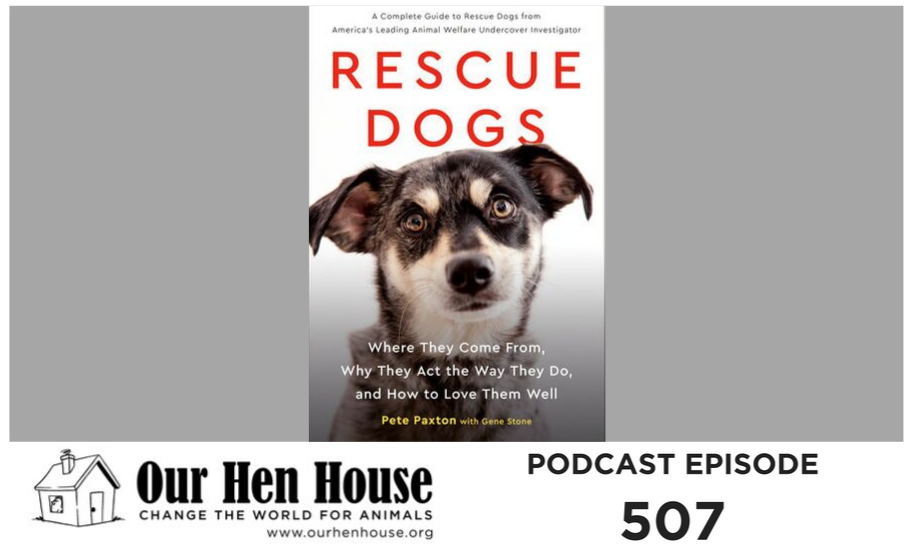 This week Mariann talks to “Pete Paxton,” which is not his real name but the alias he goes by due to the undercover nature of his incredible investigative work. He talks about his new book Rescue Dogs, the heartbreaking story of Daisy the rescued dog, his history of undercover investigations, how adopting a dog in New York City can save a puppy mill dog’s life in Missouri, and the cultural, government, and legal connections between puppy mills and concentrated animal feeding operations (CAFOs).

Pete has done undercover investigations in the animal protection movement since 2001, investigating factory farms, slaughterhouses, puppy mills, pet stores, and commercial fishing. His work has been in the HBO documentaries Dealing Dogs, Death on a Factory Farm, and the Nat Geo documentary Animal Undercover. Throughout his life and over the course of his career he’s done organized and impromptu rescue of stray animals, abused animals, puppy mill dogs, animals abandoned at shelters, and animals in a disaster area. His work related to dog rescue and dog cruelty investigations, as well as information on how to rescue and advocate for dogs, are detailed in the book Rescue Dogs, written with authors Gene Stone and Nick Bromley.

In the intro to the show, Jasmin and Mariann talk about Jasmin’s recent NYC fundraiser, Jasmin’s vegan adventures in the British Isles, and Mariann and Jasmin at their area climate strikes. Later in the episode, Mariann brings us more Rising Anxieties.

This week’s episode is brought to you in part through a generous donation from BetterHelp. Use the promo code “henhouse” for a listener discount on BetterHelp’s services.