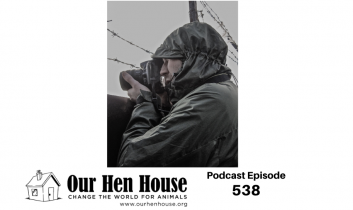 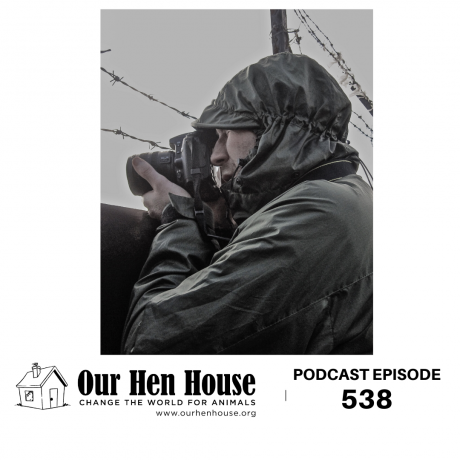 This week Mariann interviews Rich Hardy, author of the new book Not As Nature Intended, about his career as an undercover journalist chronicling animal exploitation all around the world, including fur trapping, live animal markets, the chicken industry, and more. Rich shares the challenges of finding new ways to execute undercover investigations and the changes he has seen–or not seen–among systems and people who exploit animals for human consumption. He also reveals how the film Okja led him to the decision to leave this work behind.

Rich Hardy has been a professional environment and animal protection activist for over 25 years. He has led campaigns for some of Britain’s most creative and successful non-profit organisations including Surfers Against Sewage, cleaning up Europe’s coastlines and starting their fight against ocean plastic, and Veganuary, a pledge campaign that inspired a quarter of a million people to try a vegan diet in 2019. But all the while, over the course of two decades, he’s been going undercover to document animal suffering, for human gain. His images and testimony have fuelled the work of over twenty international animal protection organisations. His high-risk endeavours saw him awarded a Daily Mirror ‘Animal Hero’ Award in September 2019.

In the intro to the show, Mariann and Jasmin discuss the new documentary Catnip Nation, and a frustrating NY Times piece about the New York City restaurant industry. We also continue our Supporting Vegan Businesses program by shouting out VegReady, Vegan Street Media, and Riverdel Cheese. Later in the episode, Mariann brings us Rising Anxieties!