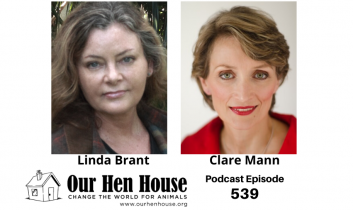 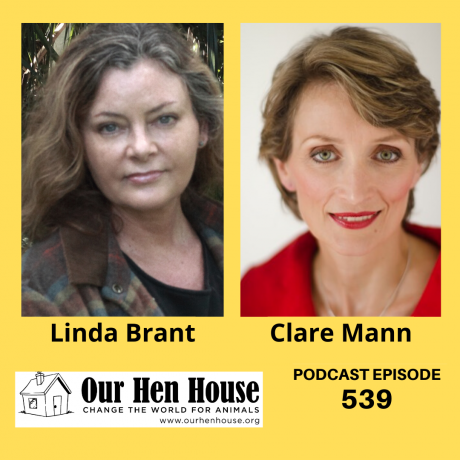 This week we have two interviews for you! First Jasmin interviews artist and psychologist Linda Brant about her recent project, Monument To Animals We Do Not Mourn. She talks about the creation of the project and some of the beautiful symbolism she incorporated into it. Jasmin and Linda also discuss the role of art in activism, and Linda talks about the odd process of collecting and cleaning animals bones–and how that act led to her becoming vegan! You can also learn how to participate in her upcoming project.

Linda Brant is a visual artist and clinical psychologist based in Orlando, Florida. She maintains a private practice, teaches graduate-level courses in Psychology at Saybrook University, and serves as Psychological Consultant to Mills Gallery in Orlando, FL. Her art work focuses on honoring and memorializing animals that are not typically regarded as grievable. Brant’s work can be found in Margo DeMello’s text, Mourning Animals (2016) and in Antennae: The Journal of Nature in Visual Culture (Summer 2017). She has received two creativity grants from the Culture & Animals Foundation, partnering with Hartsdale Pet Cemetery in New York to build a monument dedicated To Animals We Do Not Mourn. Brant has exhibited her work in shows and galleries across the country including the Women’s Research Center Gallery at the University of Central Florida in Orlando, FL, the Woman Made Gallery in Chicago, IL, the J. K. and Sarah Galloway Foundation Gallery in Winter Park FL, and the Selby Gallery at Ringling College of Art and Design. She has won numerous awards for her work and has presented papers on her various projects at state and national conferences.

Later in the episode, Mariann interviews Clare Mann, vegan psychologist and author of the new book Myths of Choice, who explains to us her theory of “life myths” and how these unquestioned assumptions affect people’s choices. What are the myths that people carry, and how do these myths keep people from making changes like becoming vegan? Clare tells us about existential psychology and how we can take control over our lives and choices.

Clare Mann is an Australian-based vegan psychologist, communications trainer and animal rights campaigner. She consults with people all over the world to help address the personal and social challenges of being vegan and living in a non-vegan world and is the author of Vystopia: The Anguish of Being Vegan in a Non Vegan World. A bestselling author of many other titles, Clare runs public and in-house training programs in communication, team-building and ethical leadership for corporations, SMEs and animal rights organisations in Australia, and regularly appears on TV and in the press. An experienced keynote speaker, Clare is regularly sought out to present at vegan and animal rights conferences, rallies and festivals, and is the co-founder of the Vegan Voices smartphone app, a free 30-day video communications training for vegans.

In the intro to the show, Mariann and Jasmin explore the epiphanies they are having in these isolated times, and why they are trying to avoid using Amazon. We also continue our Supporting Vegan Businesses program by shouting out Brewing Good Coffee Company, PNT BSD, Just Veggiez, and Lavva Yogurt. Later in the episode, Mariann brings us Rising Anxieties!