Episode 542: Eva Meijer on Animal Languages and What They Are Saying to Us 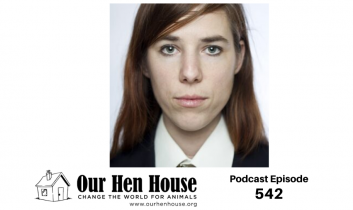 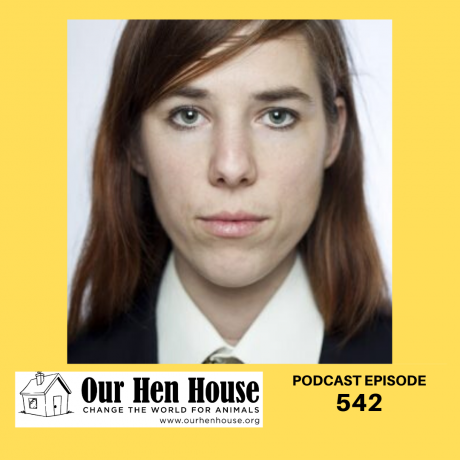 This week Mariann interviews author and scholar Eva Meijer about her books When Animals Speak, Animal Languages, and Bird Cottage. Eva talks about how human perspectives on animal languages have helped to limit the rights of animals in political decisions and social policy, and the incredible recent discoveries that have been made about how non-human animals communicate with each other and how they attempt to communicate with humans. These books, and this conversation, explore the meaning of what language actually is.

Eva Meijer is an artist, writer, philosopher and singer-songwriter. She wrote nine books and her work has been translated into seventeen languages. Her first novel Het schuwste dier (Prometheus) was published in 2011 and was nominated for the Academica Literatuurprijs, the Gouden Boekenuil and the Vrouw&Proza DebuutPrijs. Short stories and poems have been published in Dutch and Belgian literary magazines, such as De Revisor, Tirade and De Brakke Hond. Her second novel Dagpauwoog was published in November 2013, to critical acclaim. In 2016 the book Dierentalen (Animal Languages), a popular philosophical book about nonhuman animal languages and the question what language actually is, was published. Her third novel Het vogelhuis (Bird Cottage), was published in September 2016 and chosen as one of the books of the month by DWDD book panel on national television. It won the readers’ prize of the BNG Bank Literatuurprijs and has been nominated for the Libris Literatuurprijs, the ECI Literatuurprijs, the Vondel translation prize and the International Dublin Literary Award. Her academic work has been translated into French, Italian and Spanish. In September 2018 she began working as a postdoctoral researcher in a four year project about nonhuman animal agency in the Anthropocene at the University of Wageningen. She writes philosophical columns for Dutch newspaper Trouw.

In the intro to the show, Mariann tries to watch the show “Sweet Magnolia” but is disgusted by the anti-animal references, Jasmin discusses the connections between HBO’s Westworld and animal agriculture, and we continue to anguish over the plight of animals during this pandemic. We also continue our Supporting Vegan Businesses program by shouting out Bodhi Bowl and Vegan Viridity. Later in the episode, Mariann brings us Rising Anxieties!

This episode is brought to you in part by the Barnard Medical Center. To set up a telehealth appointment today call 202-527-7500 or create an account on pcrm.org.