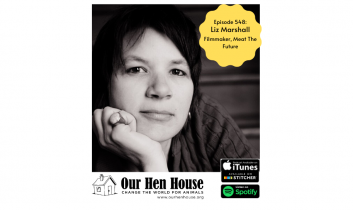 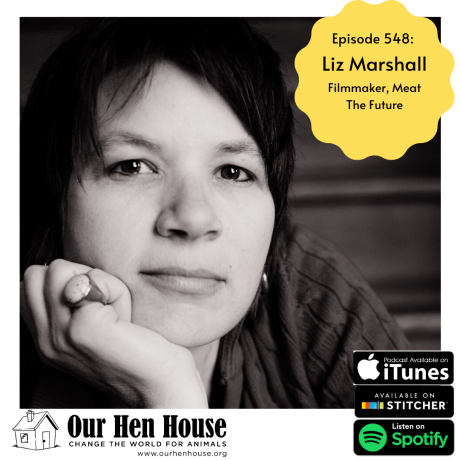 This week Mariann talks to filmmaker Liz Marshall about her new film Meat the Future, a documentary about the “cultivated meat” revolution in food production. Liz talks about the making of the film, the impact she hopes it will have, and trying to market a film during a global pandemic.

Liz Marshall is an award-winning Canadian filmmaker. Since the 1990s she has written, produced, directed, and filmed diverse international and socially conscious documentaries. Her work has been released theatrically, been broadcast globally, made available digitally, and has screened for hundreds of grassroots communities around the globe. Marshall’s visionary feature-length films explore social justice and environmental themes driven by strong characters. The impact of Liz’s critically acclaimed documentary The Ghosts In Our Machine (2013) is reflected in an extensive global evaluation report funded by the Doc Society. Marshall’s current feature documentary Meat The Future (2020), chronicles the birth of the “clean” “cultured” “cell – based” meat industry in America through the eyes of pioneer Dr. Uma Valeti. Previous titles include Midian Farm (2018), Water On The Table (2010), the HIV/AIDS trilogy for the Stephen Lewis Foundation (2007), the War Child Canada/MuchMusic special Musicians in the Warzone (2001) , and the 1995 music documentary archive of folk – icon Ani DiFranco.

In the intro to the show, Jasmin and Mariann debate the idea of a vegan company hiring non-vegan employees, and a recent “article” from Safeway in the Washington Times about plant-based foods. We also continue our Supporting Vegan Businesses program by shouting out Sam & Gertie’s Vegan Jewish Deli and Uptown Veg. Later in the episode, Mariann brings us Rising Anxieties!

This episode is brought to you in part by the Barnard Medical Center. To set up a telehealth appointment today call 202-527-7500 or create an account on pcrm.org.