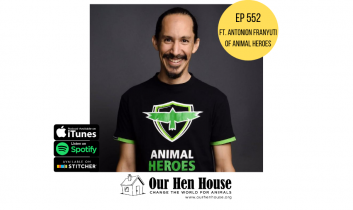 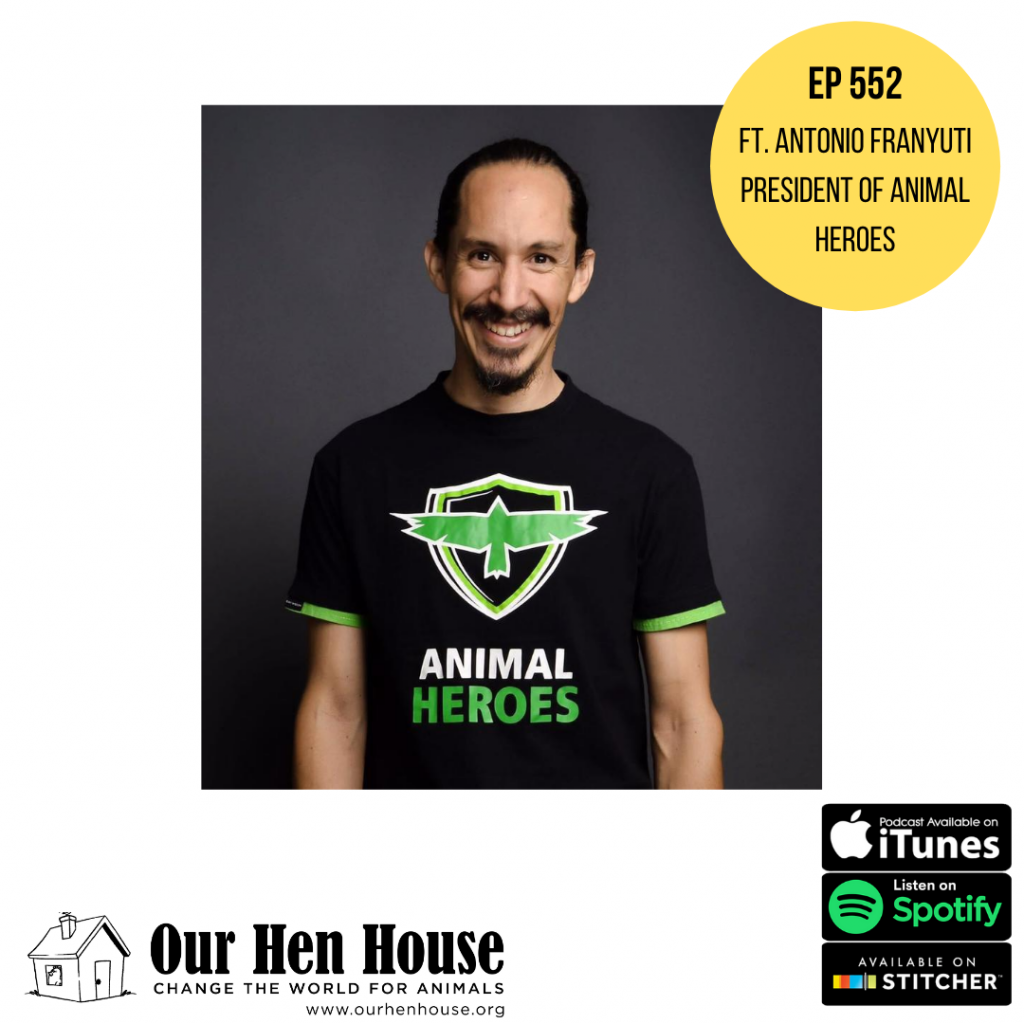 Jasmin starts off the show with how excited she is about a new article, Using Research and Data to Create an Inclusive Animal Rights Movement, which is part of Encompass Essays, the new collaboration among Our Hen House, Encompass and Sentient Media that Jasmin is editing. Then, putting on her actor hat, she’s tickled pink about booking a national commercial and explains how she tried hard to bring animal activism and veganism into the improvised shoot! In other news, Mariann is complaining about her poison ivy but raving about the new German film Butenland from filmmaker Marc Pierschel (check him out on Episode 408!). Butenland, available on Amazon and Vimeo, tells the inspiring story of how a passionate animal rights advocate and a soon-to-be ex-dairy-farmer came together to save his cows from slaughter and found a sanctuary. Check out the trailer, and you will certainly want to watch the whole thing! Of course, we’re still supporting and shouting out vegan businesses, so if there’s one you think we should know about, go to our Vegan Businesses Support Form and fill it out. Today we’re shouting out black-owned Redefine Your Mind, along with Compassion Co and Wilma Bakes Cakes

Then, Jasmin welcomes Antonio Franyuti for the interview. Antonio is the president of Animal Heroes, which is committed to improving the treatment of animals across Mexico. Antonio lives in Mexico City and has been an animal rights activist for over 15 years, but, since founding Animal Heroes, has really upped his game. Currently, he is working with his team to plan strategic campaigns to pass legislation that will protect animals now and far into the future.

Antonio shares Animal Heroes’ already impressive list of successes, as well as why they decided to look to so-called “animal entertainment” first to show the general public and legislators that abusing animals should no longer be tolerated. He discusses why the advocates working with Animal Heroes sometimes run into resistance so fierce that they have to be protected by armed guards and, on a less harrowing note, also explains how they have recruited celebrity spokespeople to ensure that the message of equality for animals is spread to as wide an audience as possible.

“The animal exploiters are banding together; the animal defenders need to work together too.” – Antonio Franyuti