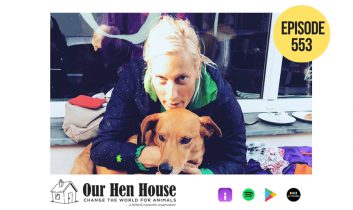 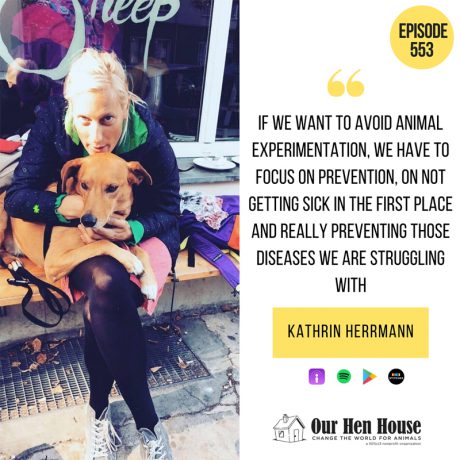 Jasmin and Mariann open the show discussing a recent article Jasmin edited for Kinder Beauty’s blog about how China is updating its regulations regarding testing cosmetics on animals, which could have enormous impact worldwide on the number of animals suffering in testing labs. Mariann then talks about dealing with the chaos of today’s political climate and the pandemic and how it is taking a toll on everyone, herself included. What to do with the anxiety? One solution seems to be to focus on our companion animals — one more way in which they rescue us all! Jasmin notes the importance of gratitude and remembering that, when when you can’t control the circumstances around you, you can at least try to control how you react to them.

In this week’s Vegan Businesses segment, we’re shouting out The Land of Kush, the ultimate soul food experience in Baltimore, along with The Greener Kitchen, which is a cooperative of Baltimore plant-based businesses. In honor of World Elephant Day, we suggest checking out Dr. Tusk’s grooming products — they donate a portion of their profits to save and protect elephants. If there’s a vegan business you think we should know about, go to our Vegan Businesses Support Form and fill it out!

Kathrin Herrmann is our guest this week. She’s a veterinarian and assistant scientist at the Center for Alternatives to Animal Testing (CAAT), at the Johns Hopkins Bloomberg School of Public Health, and has recently contributed to and co-edited Animal Experimentation: Working Towards a Paradigm Change, which brings together 51 experts to review current animal use in science, present new approaches, and offer a roadmap toward the elimination of animal experimentation. The use of animals in science has been her primary focus since she worked as a research fellow at the Animals Scientific Procedures Inspectorate in Berlin, and she is an accredited European Specialist in Animal Welfare Science, Ethics, and Law with the European College of Animal Welfare and Behavioral Medicine. Kathrin advocates for openness and public engagement in the animal experimentation discussion and works to raise awareness of the role veterinarians should play as animal advocates.

In this episode, we discuss why this is such an important moment to bring together the voices of those who question the wisdom of animal experimentation. Kathrin also tells us why, in implementing the “3Rs” (Reduction, Refinement, Replacement) the scientific community primarily focuses on “refinement,” which is supposed to make the work less inhumane, but, like many “humane” reforms, too often fails to do so. This is one reason Kathrin feels strongly that it is vital to include the interested layperson in the discussion around alternatives to animal experimentation. She shares how she became involved in the culture of animal care in laboratories, and why environmental enrichment is such a hot topic in the scientific community, but too often fails to translate into significant change. Kathrin also discusses why animal experimentation should be, but isn’t, an important focus for effective altruists and her five key points in rethinking animal experimentation.

“If we want to avoid animal experimentation, we have to focus on prevention, on not getting sick in the first place and really preventing those diseases we are struggling with.”
– Kathrin Herrmann