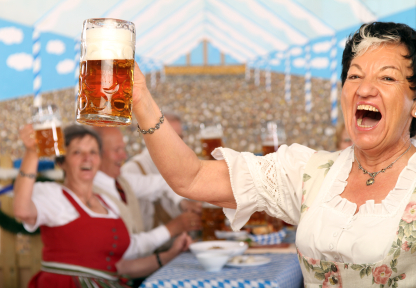 I’ve been a bit down in the dumps lately, so I thought I would try to think of something I’ve heard about recently that gives me hope. Once I started, I realized that it was pretty easy to come up with a whole bunch of reasons to hope, and I immediately started to feel better. If you’ve been bluish (or even if you haven’t), I hope these give you a lift:
I hate that I always use Texas as the example of the place least likely to produce anything to be hopeful about vis a vis animal rights and veganism. After all, this is the state that features, among many other things, the first all-vegan college dining hall, at the University of North Texas,  the prolific animal rights theorist and writer James McWilliams, and the fabulous Spiral Diner (along with a slew of other incredible vegan restaurants). But it’s still somehow special to hear about major progress for animals happening in Texas, and a recent editorial from the Longview News-Journal certainly fits the bill. Entitled “Marshall’s vegan movement has a lesson for all East Texas,” the editorial not only tells us about the city’s awe-inspiring annual vegan fest, “A New Year, A New You” — to be held on January 17-19 — but it points out that “veganism has taken firm hold in Marshall” and that “just about every locally owned restaurant has at least one, and sometimes many, vegan menu items to order.” Wow. A trip to Marshall, Texas, may be in order.

It may not be quite as surprising to hear of a vegan development in Germany, since the growth of the movement there has been exponential, including the opening of the first all-vegan supermarket, Veganz, with two locations in Berlin (so far). On Episode 164 of the Our Hen House podcast, Berlin-based activist, Silja Kallsen-MacKenzie, from the Albert Schweitzer Foundation, talked all about Veganz, and further enlightened us about the rest of the bustling vegan scene in Germany. But even still, traditional German cuisine is definitely heavy on the “fleisch,”  and there is no more tradition-centric event in Germany than Oktoberfest. So it’s pretty cool to hear that this year’s Oktoberfest in Munich will be featuring plenty of vegan-friendly offerings. None too soon, as last year’s three-week fest was responsible for the deaths of half a million chickens, 116 whole oxen, and however many pigs had to die to create 115,000 pork sausages.

They just heard about the vegan options at Oktoberfest!

Speaking of all-vegan supermarkets, there is now one in Rancho Cucamonga, California, that claims to be the world’s largest. The existence of this store, unabashedly called Viva La Vegan, is clearly a second great reason to move to Rancho Cucamonga (the first, of course, being how much fun it would be to have a reason to say “Rancho Cucamonga” on a regular basis.) Excitingly, even if the move doesn’t appeal to you, they will be opening a branch in Santa Monica this month and have hopes for further expansion in the future. Jasmin and I have been going to a lot of Indian grocery stores in New Jersey of late on our way to visit her grandmother, including Patel Brothers, which has branches all over the country. Even though they are not dairy-free, the ones we’ve been to have been meat-free, and they certainly give one a taste of how nice it is to walk into a grocery store and not smell that smell, and not have to avert one’s eyes from the corpses. (Plus, they have the most completely amazing assortment of beans and lentils on the face of the earth.)
OK, the last 2 reasons to be hopeful have to do with Hitler. If you’re a podcast listener (and if you’re not, why aren’t you?!), you are probably familiar with a segment that Jasmin and I like to call “Rising Anxieties.” It’s basically our way of looking at some of the nonsensical things that the industry says about animals, and animal activism, and showing them for what they are: emotional pseudo-defenses of what is becoming increasingly clear to everyone is an indefensible industry. Now, I don’t know about you, but my feeling is that whenever anyone starts characterizing their opponent as a Nazi, it means they are running out of sane things to say (unless their opponent is actually going around killing and/or pillaging on a massive scale based on a “we’re better than them” mentality). And at least twice in the past week, there have been Nazi references to animal rights activists.
The first was in a rant by a host of an NBC TV show (funded by the NRA), in which the host, Tony Miklis, was defending the point-blank shooting — in the face — of an elephant. His point was that people care more about elephants than other animals, and they are therefore the equivalent of Hitler, who cared more about Aryans than other people. (His point that people shouldn’t be inconsistent about animals is actually well taken, until you realize that he’s using it as an excuse to kill them all, rather than not killing any of them.) Before you start writing an angry letter, don’t worry, the show has already been canceled.
The other Nazi reference this week was out of Australia, in a column entitled, “Activist ‘nazis’ ruin lives.” You really have to read it to appreciate how nutty it is, but if you just want a taste, try this: “HITLER once said: ‘Demoralize the enemy from within by surprise, terror, sabotage…’ —  sounds like the core values of an animal activist group to me.” Uh, OK.
I hope that, like me, you can find hope in some or all of these developments. Whether it’s seeing veganism grow, or seeing industry reps get crazier and crazier, there is no doubt that things are shifting. Too slowly, for sure. But shifting nonetheless.
Share 0 FacebookTwitterPinterestEmail
previous post

Episode 195: “Although the world is full of suffering, it is also full of overcoming it.”

Animal Law Podcast #69: The Case of the SPCA and the Puppy...

Animal Law Podcast #32: The Case of the Enslaved Elephants