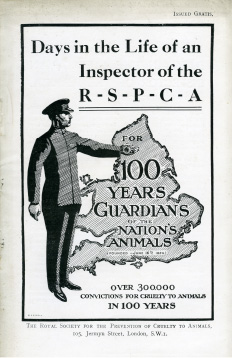 For those of you studying for the Our Hen House pop quiz (and there will be a quiz one day), then somewhere in your notes you recall our telling you about The Tom Regan Animal Rights Archive  at North Carolina State University in Raleigh. This invaluable resource consists of a vast array of original materials, ranging from, as we originally told you in 2011:

… records of the Animal Welfare Institute consisting of over 470 linear feet of research files, photographs, publications, audiovisual materials, and other records which document the work of AWI from the 1950s through 2002; research files from PETA, including clippings, newsletters, reports, and other records dating from 1980 to 2001; and the Ron Scott Collection, which consists of over 1100 video tapes, containing footage depicting animal rights events as well as animal abuse.

For anyone concerned about the history of the movement for animal rights and the history of social justice movements in general, this is the stuff that scholarly vegan dreams are made of. Does it get any better than this?

Apparently it does. It seems the NCSU Libraries just acquired 80 years of animal rights pamphlets. According to NC State University:

The North Carolina State University Libraries has acquired an important collection of nearly 400 rare pamphlets and other works relating to animal advocacy, animal rights, and animal welfare. […] Of significant scholarly and historical importance, the collection spans a period of over eighty years from the 1870s to the 1950s, and includes a wealth of promotional, advocacy, and educational materials that throw light upon the moral, social, medical, and political dimensions of this complex movement.

Giddy with excitement over the largely unknown history that the newest expansion of this collection includes, I eagerly visited the archival collections page and typed in “animal,” where I was knocked off my feet by the plethora of resources. Even just the content notes are full of golden nuggets from the history of the animal rights movement (for example, check out the summary of the “Guide to Animal Rights and Animal Welfare Pamphlets from 1874-1952“). Perhaps even more exciting is that the announcement of the exhibit’s expansion (which is chock-full of a basic historical run-down of animal rights and in and of itself is worth a read) concludes with this teaser: “If you are interested in finding out more information about specific items, stay tuned over the next few weeks as we highlight a number of items in the collection.” What will they highlight?! Are my true nerd colors shining through here, because I am thrilled.

As if I need to mention it, yet another exciting aspect of this collection is that it was the brainchild of world-renowned philosopher Dr. Tom Regan (who joined us on our podcast back on Episode 124). Dr. Regan, who is a Professor Emeritus of Philosophy at NC State University, is a true blue ambassador for animals, and has been seminal in shaping the modern day animal rights movement. So to have a guy like that at the helm of such an impressive and inspiring collection is like the cherry on top of a rich, decadent vegan sundae that we can all share.