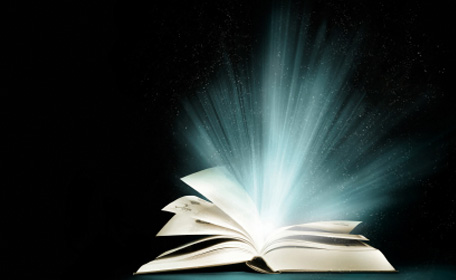 Erik Marcus, from the illustrious resource Vegan.com, has just released the second edition of The Ultimate Vegan Guide: Compassionate Living Without Sacrifice, both in paperback and for Kindle. The short book succinctly details everything Erik has gathered in over 20 years of veganism and activism — from easily and deliciously transitioning to plant-based eating, to using our voice and power to stand against cruelty and support ethical purchases and campaigns. The best part about this new edition is that the Kindle version is being offered for just 99 cents, making it easy for anyone with a budget to afford. 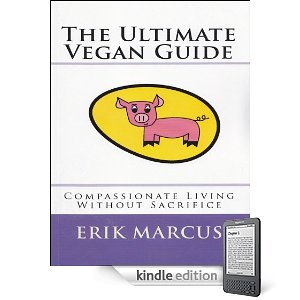 Even if you don’t think you need a primer, I love the idea of purchasing this Guide as a gift for the curious and/or burgeoning vegans in our lives, from that co-worker who enjoyed the vegan cupcake you baked and then eagerly took that “Why Vegan?” brochure that you strategically placed beside it (good job!), to your Aunt Ida, who was told by her doctor that she needs to cut out meat. To purchase the Kindle edition of The Ultimate Vegan Guide as a gift (for less than a dollar), just click the “Give as a Gift” button in the upper right corner of the Kindle edition’s page on Amazon (be sure you know the email account associated with your friend’s Kindle). Or, spring for the paperback, which is only $8.95, making it the perfect stocking stuffer for the Christmas in July party that you’re planning for next month… or maybe that’s just me.

As an avid reader of Erik Marcus’ blog, I can say without question that even though I haven’t (yet!) read the Guide, the man knows his shit, and has a remarkably clear — not to mention accessible and frequently witty — way of communicating. His goal in this second edition is to make the book as cheap as possible so that the advice it offers can do its part in changing the world. Sounds to me like something to support, especially given the potential impact it carries.

“THINK VEGAN: Ten Tips to Get You Started,” and “Jasmin Singer Interviews...