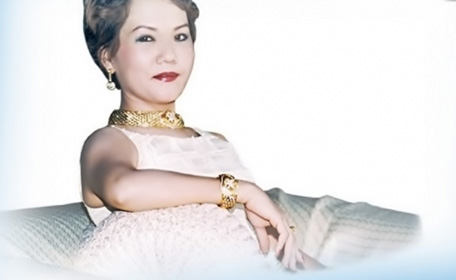 A vegetarian movement in Mongolia? So says The Christian Science Monitor? Really?

When I first read that, I was dumbstruck…. in a good way. According to the article, in Mongolia, “livestock outnumbers people 14 to 1 and meat consumption tops 200 pounds per person a year.” But, after the first vegetarian restaurant in Mongolia — Ananda’s Cafe — opened in 2006, over 20 followed. The driving forces? Health and spirituality.

Toward the end of the article, though, I noticed that the Supreme Master (“A lot of people think we’re crazy”) had a restaurant in Mongolia, and I then thought, of course Mongolia has a vegetarian movement. The Supreme Master is there!

Chances are, if you’ve heard of The Supreme Master Ching Hai International Association, you have an opinion about them. Their website (let us spell it out for you instead of hyperlinking it — it’s www.godsdirectcontact.org — you see?) talks all about the “Inner light, the Light of God” being “the same light referred to in the word ‘enlightenment.’ Its intensity can range from a subtle glow to the brilliance of many millions of suns. It is through the inner Light and Sound that we come to know God.”

Definitely not my kind of thing, so I’ve steered very clear of The Supreme Master.

But then, last summer, Mariann and I were in Johannesburg, South Africa — a country sparse with vegans, let alone vegan grub. Our friend, with whom we were staying, kept talking about this amazing new vegan restaurant that had revolutionized the veg scene in Jozi — The Greenside Cafe. Turns out it was a restaurant owned by The Supreme Master. And it was damn good, even by snotty-NYC-standards.

The Supreme Master’s website continues: “Master Ching Hai accepts people from all backgrounds and religious affiliations for initiation.” (Um, wow, can you say “cult?”) “You will not be asked to join any organization, or participate in any way that does not suit your current lifestyle.” (Thanks for that, I wasn’t planning to.) “However, you will be asked to become a vegetarian.” Okay, I’m listening …

Of their five precepts for initiation to The Supreme Master’s Quan Yin Method, the first is this: “Refrain from taking the life of sentient beings. This precept requires strict adherence to a vegan diet.”

I mentioned “cult” earlier, and that’s how many describe The Supreme Master’s “Method.” But … Mongolia? Johannesburg? I even know someone — a brand new vegan — who has discovered a newly opened vegan restaurant right by his office here in NYC, The Loving Hut. That led me to visit the website for The Loving Hut. Turns out there are Loving Hut chain stores in nearly 100 locations worldwide!

And, according to a recent New York Times article, “Stop Eating Meat and Save the Planet?,” delegates arriving at the recent Copenhagen climate conference were greeted by a feed-in of sorts. They were given meat-free sandwiches handed out by, according to the article, “women in furry animal suits holding placards showing pictures of lambs, cows and pigs and warning, ‘Don’t Eat Me.'” Do I need to even tell you at this point that the activists were there by way of The Supreme Master?

I’m beginning to think that The Supreme Master — aka Ching Hai or Suma Ching Hai — is my very favorite cult leader in the whole world.

Of course, on the other hand, I really really don’t want anyone who is not yet vegan — or even already vegan, for that matter — coming across The Supreme Master and feeling like veganism is cultish. By being vegan and speaking out for animals, we are choosing not to contribute to cruelty, and we are advocating compassion. Simple as that. When God enters the picture, things can get fuzzy. So I’ve kept my distance from The Supreme Master, and nodded emptily when people mentioned something about her or her teachings. Not my thing, but g’head if it floats your fancy. That’s what my mentality has been.

But with every article that The Supreme Master gets penned in a major media outlet like the New York Times or, hell, The Christian Science Monitor, and with every new vegan restaurant that she opens in an area where it’s much needed, I begin to see my outlook shifting. I may not be jumping on her bandwagon, but I’m through with the eye-rolls, that’s for sure.