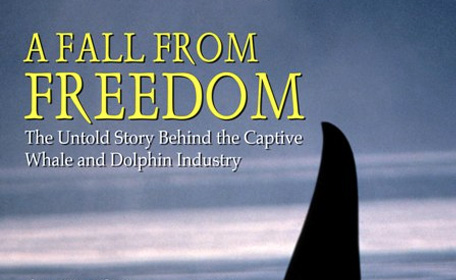 A Fall from Freedom

It seems like every week there is another important film to talk about. It’s so exciting to see animals’ stories being told in ways that truly have the power to reach people and potentially make change. 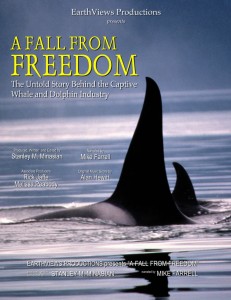 A Fall From Freedom

A Fall from Freedom promises to be an important contribution to the fight to end the captive dolphin and whale industry. Featuring in-depth conversations with scientists, biologists, animal trainers and activists, it not only reveals the absolute necessity of wildness for these animals, and the impossibility of providing them with humane lives in captivity, it goes directly to the source of the problem, Sea World.

According to the film’s press release, “Sea World is responsible for the death of thousands of dolphins and whales, so states former Sea World biologist Dr. John Hall.” The film aims to reveal the role that Sea World has played in the tragedy of the captive marine mammal industry, and highlights the work of those who are fighting against it.

This film could not be more timely, with the annual dolphin slaughter in Taiji, Japan just getting under way. As with so many of the films that are emerging constantly on issues of crucial importance to animals, widespread distribution will ultimately rely on grassroots efforts. The film will be screened in September in San Rafael, CA, and can be streamed online or purchased online in DVD or MP4 format. Keep this movie in mind for potential screenings, whether at your local library, school, or just in your own home for friends and family. Marine mammals are very special and meaningful to so many people, even those who have not yet been enlightened regarding other animals. The more of them that can learn the truth, the less we will see of Sea World and its ilk.

Wow! Here’s a Great Way To Know About Tabling Opportunities Ahead of Time