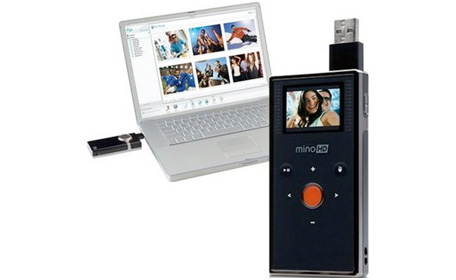 If you are a fan of grassroots tactics, then here is your next purchase: The Flipcam. It has pretty much changed my activism, permanently. As a fan of (and participant in) grassroots tactics myself, the Flipcam allows me to videotape everything from leafletings and feed-ins to interviews with movers and shakers — and post them to the internet. Poof. It’s that easy.

Well, okay, having a Mac helps, because iMovie makes videos produced by even a non-filmmaker like me look pretty impressive (IMHO). And honestly? Even if your videos aren’t worthy of an Oscar nod, that’s okay, because that’s not really the point …

The point is that for those of us who like to engage in on-the-street type activism — and, by the way, big pat on the back, truly! — it might be high-time for us to start thinking about how we can propel our outreach to the next tier. After all, as we work toward the goal of ending animal cruelty, isn’t part of our strategy  to effectively mainstream our message?

If you’re into grassroots, start videotaping all the things that you’re doing anyway. Or, teach yourself how to make a short film and then use that new skill to raise awareness. Then, do anything you can to make your videos go viral.

Activist Donny Moss, who you might know as the mastermind who made the film, Blinders, which exposed the cruelties behind the horse-drawn carriage industry in NYC, also made a 2-minute video about the horses and posted it to YouTube. When I last checked, it had gotten 10,277 views. Donny made the short film on his Flipcam. And as far as I know, he never took a film class in his life.

Oh, and P.S. If you’re going to videotape people on the street and you want to post it on the internet, make sure you know your rights.

Episode 4: “Always let your conscience be your guide.”