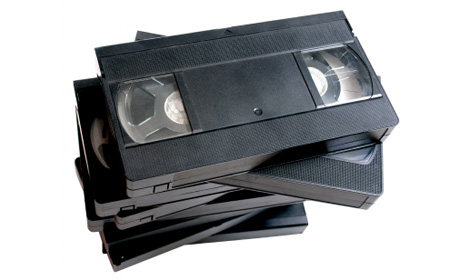 Video is perhaps the most important tool our movement has to create change. If a picture speaks a thousand words, the power of a video to change hearts and minds is truly unquantifiable. Chances are, the vast majority of those of you who are reading this were impacted to get further involved with animal advocacy because of a video. Someone showed you a film about factory farming, or you “accidentally” clicked on a Facebook video and your life was never the same. I should know. It was footage of factory farming that a friend showed me that ultimately resulted in my own veganism and my own desire to devote my life to speaking up for animals.

And now, at long last, finding apt, timely, hard-hitting, and inspiring animal rights videos is even easier than enjoying a delicious vegan cupcake (which, duh, is clearly a no-brainer). VegVids, a new project by the wonderful people at VegFund, allows you to thumb through hundreds of vegan and animal rights themed short films, so that you can share them, learn from them, and even submit your own, making it a cinch to to truly utilize these videos to their fullest. According to VegFund’s Video Outreach Director, Adam Orand, VegVids is a “comprehensive source of vegan-themed videos from around the web — accessible by activists and the general public.”

Searchable categories include Advocacy in Action, Health & Nutrition, Just for Kids, Race & Equality, and many more. There’s also a featured section, in case you’re feeling lazy or want the luck of the draw. The videos that are posted include those from organizations (such as PETA and Farm Sanctuary) as well as individuals (perhaps those with a Flipcam and a Dream). Upon a quick perusal, I found eye-opening and touching videos including Veganism (A 7-Year-Old’s Perspective), John Robbins on Meals for Health Program, and Vegan Consciousness, Structural Racism, Solidarity: “It’s not about you as an individual racist.”

This is one of the greatest aggregators I’ve seen with the goal of acting as an “invaluable resource for many forms of outreach and education.” As someone who is constantly on the lookout for new video tools with the power to reach people with varying interests (and therefore varying avenues into compassion), this website has quickly become a fave.

Reply Retweet Favorite
“We had people joining the school because of it." https://t.co/5jhu9qnhXC