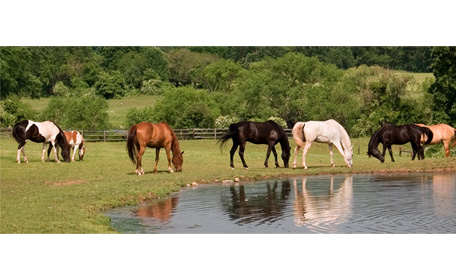 If you’re a photographer — either professional or amateur — using that skill can be a goldmine when it comes to advocating for animals. Much like video, still images of animals — either liberated ones, such as at a sanctuary, or confined ones — can be a way in for so many who have never before considered animal issues. The powerful work of animal rights photographers such as Greg Straight Edge and Derek Goodwin come to mind. And when I think of heartwarming/heartbreaking photos of farm animals, I cannot help but think of the book Ninety-Five, which is full of such commanding images that even the most rabid hamburger-eater could stare a moment too long into the image of a rescued cow’s eyes. And photographer Noah Hannibal has an entire site dedicated to “Liberation Photography.” The work is harrowing and moving.

This got me to thinking: Animal activists with an interest in photography should think about entering contests — mainstream contests — so that their images can be seen by the masses (and not just “the choir”). This occurred to me recently because my aunt, photographer Maia Reim, who abstains from eating animals yet basks in the wonder of photographing them whenever she can, recently did just that.

Maia won a contest put on by the Somerset County Cultural & Heritage Commission in New Jersey, where her winning photograph of horses will be installed at the Bernardsville train station. The Princeton Packet, one of several press outlets covering the contest, said “Ms. Reim is a member of the township’s Open Space Committee and said she admired the way the animals represent the need to keep that kind of space open.”

So I did some googling and found that there are many many contests for us to enter. National Geographic is having one (deadline is November 30), and in addition to $10,000, the winner’s photograph gets printed in the magazine. Now there’s coverage for ya! There’s also the International Photography Awards, and about a billion more just like that. Whenever possible, include photos of animals along with commentary about why you chose to photograph them. This is a great opportunity to talk about their plight, the many issues involved in animal exploitation, and the obligation we have to liberate them from cruelty. That sentence was about 27 words, yet a picture speaks a thousand.

Episode 40: “If beef is your idea of ‘real food for real people,’ you’d better live real close to a real good hospital”