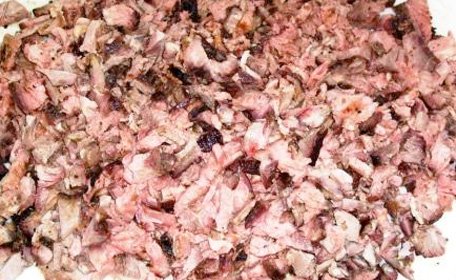 The meat industrial complex is causing damage on a lot of fronts. We are all pretty familiar with what they are doing to animals, but we also know it’s important to pay attention to what they are doing to the earth, and to individual humans as well. Not only because it matters, but because our society, and our legal system, is a lot better at protecting humans than it is at protecting animals or, even, the planet. And, by and large, all these  harms are connected, since they are rooted in the sheer size and irresponsibility of the industry in its relentless quest to produce enormous amounts of cheap meat.

One harm that the meat industry has actually been held responsible for over and over (though not nearly enough) is food poisoning. And one reason for that is a small law firm in Seattle called Marler Clark. Their website is a great resource for catching up on just how lethal meat (and some other foods, of course, but mostly meat and other animal derived foods) can be. And they go beyond just litigating and making money — they have become real advocates for food safety, such as promoting the very, very good idea of eliminating confidentiality clauses from settlement agreements in food poisoning cases.

This is the kind of business model that might be something to consider for lawyers who would like to take on the dark side, and make a pretty penny while they’re at it.