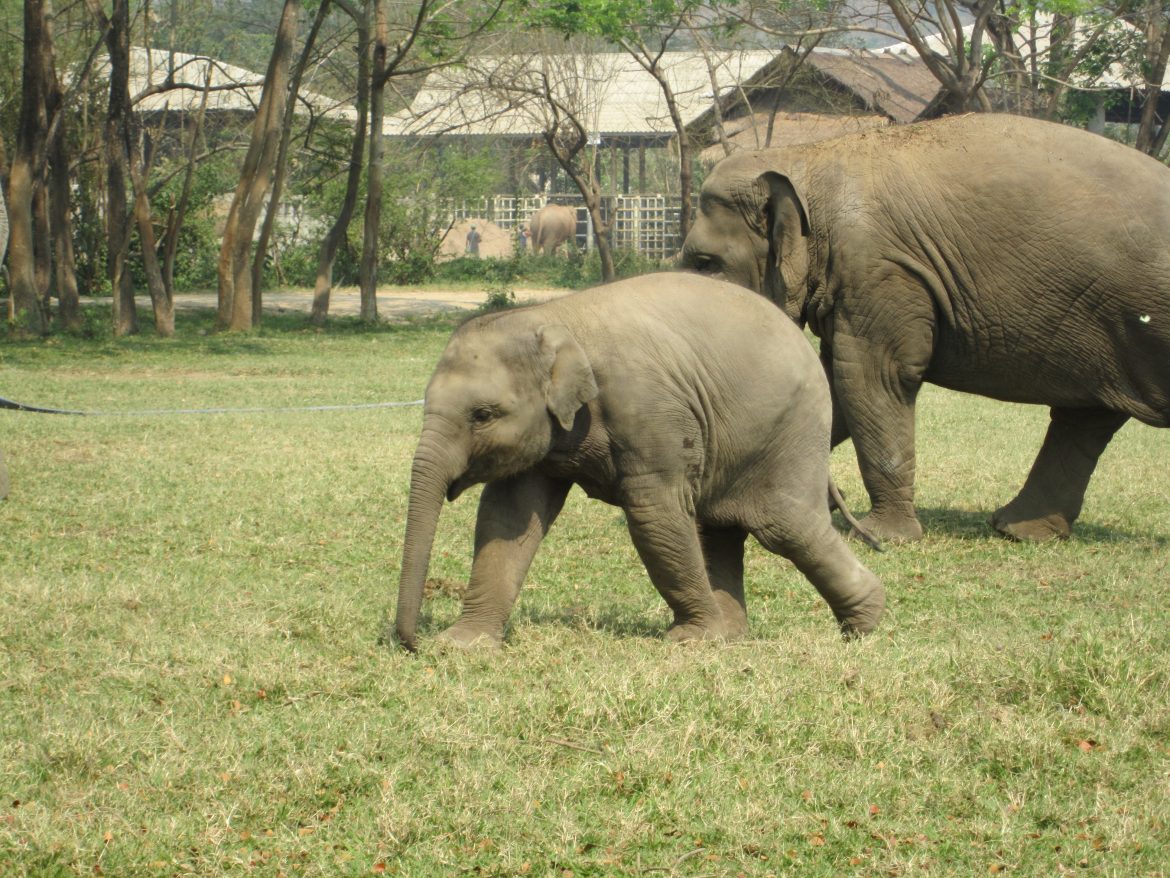 We are longtime fans of animal law attorney Rebecca Huss, whom we interviewed way back on Episode 73 of the Our Hen House podcast. Rebecca recently visited a very special elephant sanctuary, and her stories of her trip will move you and inform you about the plight of these beautiful animals.
***
A Transformative Trip to the Elephant Nature Park in Thailand
by Rebecca Huss

There were only two things I booked in advance of my trip to Chiang Mai, Thailand. The first was a very modest guesthouse in the Northeast Quarter of the Old City, strategically chosen to be within walking distance of several restaurants with good online reviews for their vegan food. The second was a day at the Elephant Nature Park (“ENP”), a well-regarded elephant sanctuary with around forty elephants.
During the ninety-minute drive from Chiang Mai with the small group of visitors who would be my companions for the day, we were shown a short video about the establishment of the sanctuary and the reason it is needed.  Historically, elephants were used in the logging industry. After the ban on logging in protected areas occurred in 1989, many elephants began to be part of the growing tourist industry. In the 1990s, the sanctuary was established for elephants who were no longer considered “useful” to their owners. 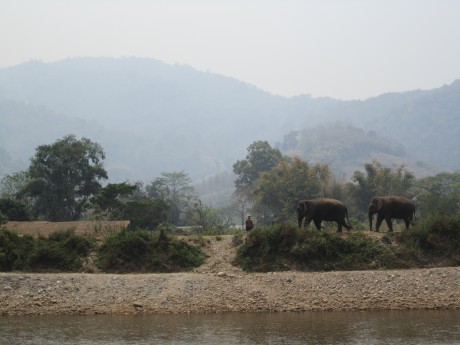 The haze that is prevalent in Northern Thailand in the Spring, due to the illegal burning-off of fields, hung over the hills surrounding the grasslands of the sanctuary when we arrived. The first thing I noticed was stone barriers to restrict the elephants’ access to the large open lodge and certain other areas of the sanctuary.   Essentially, it is the humans who are confined at ENP, rather than the elephants.
The day began with our little group being allowed to feed two female elephants. It really was an amazing experience. I was right there standing next to an elephant – feeding her squash, bananas, or another fruit or vegetable. Our guide explained the background of each elephant with whom we interacted. It is not uncommon for elephants at ENP to have been injured prior to their rescue, so, unfortunately, “one eye blind” or “two eye blind” was part of the description for some of them. Our guide also was familiar with the personalities of each of the elephants we saw – describing one as “grumpy,” another as “naughty,” etc. Although many of the elephants form small herds, there are some who prefer to be on their own – it is up to the elephants, as it should be. It was made very clear that at ENP, it is also up to the elephants as to whether they want to interact with visitors. In addition, if you are in the path of an elephant on the move, you are expected to get out of the way – and, believe me, we did. Elephants may be large, but they can gain speed very quickly! 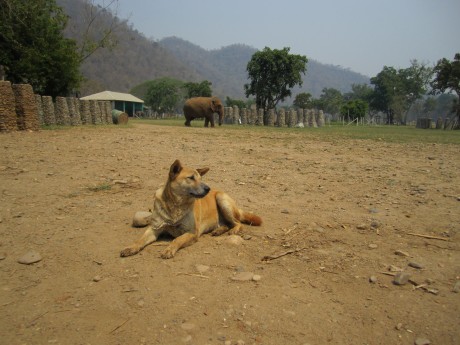 Knowing that ENP began a sanctuary project for dogs in 2011, after catastrophic floods in Bangkok, I asked our guide whether I could spend a little extra time at that area of the sanctuary, since companion animals are the primary area of my research and writing. The guide was happy to drop me off at the veterinary clinic area while the rest of the group went on to visit some other elephants. I spent this time with a volunteer vet tech from Australia discussing the work that ENP does with caring for about 400 dogs and numerous other animals rescued from the floods and surrounding villages. Many of the dogs and some of the cats are free roaming in the sanctuary, but there is traditional kenneling as well. There are very few adoptions of these companion animals due to the minimal demand locally, and challenges in transporting them overseas. I must admit that my feelings from visiting this part of the sanctuary were indeed mixed. Although the animals are well cared for, given the resources available, I felt the same frustration that I feel when I encounter the limited progress that has been made in sheltering in the United States. 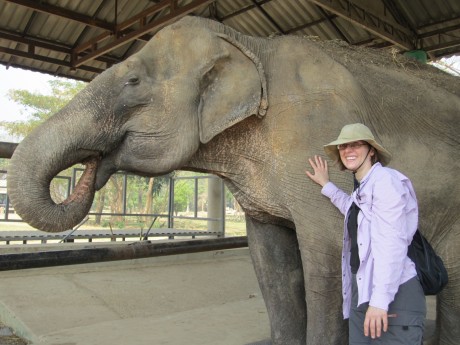 Another video was shown to the group after lunch that went into more detail about the aversive training methods used by many people in the elephant industry. Traditionally, elephants in Thailand are separated from their mothers and herd at an early age and subjected to a process where they are confined to a small cage and beaten over a period of several days, to literally crush their spirits. Since I knew of this practice (and had seen what this video contained because of my prior research), I chose to hang out on the veranda watching elephants freely wander the sanctuary grounds rather than view the horrific footage again. I wanted to focus on the experience of just being at ENP, not the unforgivable reality of what most elephants in Thailand continue to endure.
My somewhat subdued but better educated small group then toured the elephants’ kitchen, where the fruit and vegetables are prepared. The elephants’ food is washed to take off any herbicide and pesticide residue, and some of the squash is cooked for the younger and older elephants who cannot easily eat raw vegetables. Next on the agenda was the once in a lifetime experience of bathing an elephant. Our guide gave us each a bucket and we were led to the river. It had been almost 100 degrees all week, and the water was cool and refreshing – if you ignored the occasional elephant poop floating along in the current. Our rather challenging job was to get the water as high on the elephant as possible, and we all entered into it with gusto, getting a bit wet in the process. 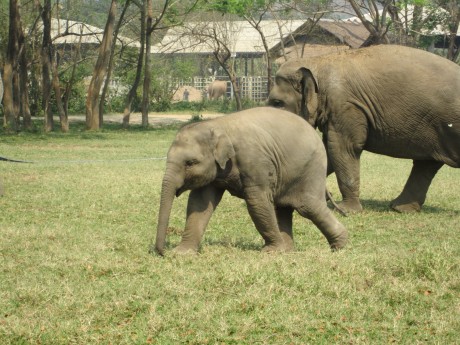 After bath time, we interacted with another group of elephants who had come up to an area near the main platform to eat. There, the founder of the sanctuary, Sangduen “Lek” Chailert, took some time to talk with us. Perhaps one of the most moving parts of the day was after the visitors had left the area. Lek had stayed with the small herd and sat among them, singing them songs. I was struck by the connection that Lek had with the elephants, who were utterly calm and settled when she was with them. This simple moment, watching her with the elephants, left me with a true sense of peace.
The rest of the afternoon was spent with more elephants, including the opportunity to observe a male elephant (Yindee) who is less than a year old. There is no intentional breeding at ENP, but, because the elephants go where they want, “things sometimes happen.” Visitors are not allowed to get too close to Yindee, and the other members of his small herd kept a close eye on him. Like all the elephants we interacted with during the day, there were no signs that the elephants were stressed. Observing the relationship between Yindee and his herd reinforced for me how unnatural the lives of elephants in captivity are. Yindee will be allowed to grow up with his mother and herd developing his own personality – and not be subject to punitive training to make him valuable to a human. Yindee can just be Yindee.
As one of the other members of my small group stated, “A day at ENP is transformative.” Before her trip to Thailand, she had expressed an interest in riding an elephant – essentially visiting a standard tourist attraction. She told me on the ride back to Chiang Mai that she was so glad her son and daughter-in-law had chosen ENP – now she could go back to Texas and educate all her friends about the lives of elephants in Thailand. I believe that is exactly what ENP would want her to do. 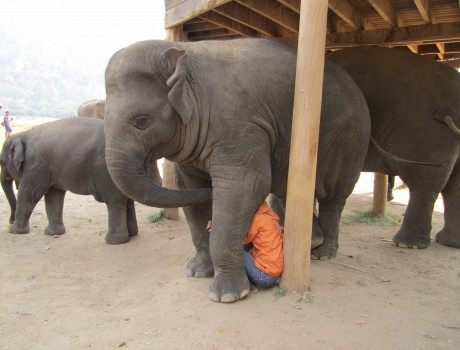 Her story reminded me how I had struggled when I was planning my trip to Thailand to find activities where I would be comfortable. Like the rest of the world, Thailand is replete with attractions that are not respectful to human and non-human animals alike. Seeing the work at ENP gave me hope that progress, though too slowly for many of us, is being made for the animals. My day at ENP was by far the highlight of my trip – in retrospect, I should have booked at least an overnight visit. Maybe next time!
Donors in the United States can make a tax-deductible donation to ENP through its partner, The Serengeti Foundation, a 501(c)3 organization.
*** 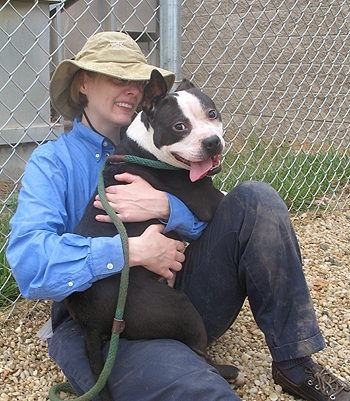 Rebecca J. Huss is a Professor of Law at Valparaiso University Law School in Valparaiso, Indiana. Her primary focus in research and writing is on the changing nature of the relationship between humans and their companion animals, and whether the law adequately reflects the importance of that relationship. Her scholarship can be accessed at http://ssrn.com/author=330506.
Share 0 FacebookTwitterPinterestEmail
previous post

Episode 16 of the Our Hen House TV Show is Now Viewable Online!

Vanessa the Swan at the Wild Bird Fund