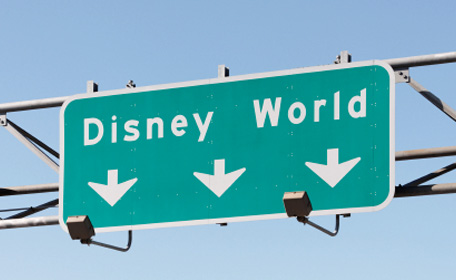 Over two and a half years ago, Mariann and I went to Disney World. Oddly, we were there because Mariann, who was at the time the Chair Elect for the American Bar Association’s TIPS Animal Law Committee, had her meeting there. Finally provided with an excuse to attend this theme park as an adult, I admit I jumped at my chance to join her. Though I am aware of the irony inherent in the fact that an anti-corporation, I’m-mad-as-hell-and-I’m-not-gonna-take-it-anymore type of girl like myself actually craved a few days in Mickey’s backyard, I nonetheless got into the theme park excitement. At the time, Our Hen House was still in its infancy. We were only in production for Episode 4 of our podcast, and talked all about our Disney World adventures throughout the memorable episode. 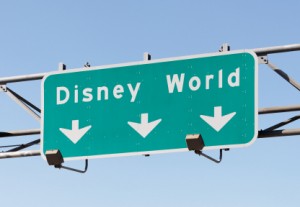 Among those adventures were our misadventures exploring the vegan scene down in “the happiest place on earth.” Despite doing tons of research prior to our trip, getting a list of so-called “vegan-friendly establishments” throughout the parks, reading random tips from bloggers, and even corresponding with someone in their food services department, we were remarkably disappointed. Repeatedly, we found almost nothing to eat, and were — over and over again — confronted with curt, ignorant, and impatient employees who thought that the fact that we were vegan meant we were fans of Suzanne Vega (which, okay, I am, but that’s not the point). At one point, on a particularly hot day, after we finally tracked down a kiosk that sold the delightfully delicious and dairy-free Rice Dream, we were only allowed to order it after the employee called in the manager, and we proclaimed, in so many words, that we had allergies. (I told her I was allergic to cruelty. Yep, I was that person.) Needless to say, the people at Disney World heard from me following our foodless foray into the fairytale land of fruitless foibles.
All things considered, had the blog, “Fish Are Friends, Not Food: Accidentally Vegan at WDW” existed back when I was booking my flight to Orlando, I venture to guess that my experience would have been much different. Written by Angie Carreiro, the best part about this weekly “sub-blog” is that it’s folded into the overarching blog at WDWRadio — an internet hub about all things Disney (though a completely independent project from Disney itself). Angie’s bio, which mentions that she works at Farm Sanctuary (where I happily worked in the campaigns manager from 2007-2010), also gives us a glimpse into her love affair with Disney World, a fascination that began when she was 8. From the popcorn to the pretzels to the Nutter Butters (“We found that Nutter Butters contain Nutters, but no Butters! These were safe for a vegan dieter!”), Angie does the legwork for us, and clearly presents lists of vegan goodies throughout the parks, as well as some useful insights. Apparently, things have changed since my ill-fated trip to DW. These days, you can even get vegan Mickey waffles.
Starting blogs like these, showing how accessible and delicious veganism is even in establishments that do not cater solely to the vegan choir, is key to mainstreaming the movement to end the exploitation of animals. I am such a fan of what Angie is doing — combining her somewhat unusual expertise in Disney World, with her passion for veganism. It just goes to show that each of our talents and interests are potentially useful, and if we look hard enough, even those of us with extremely random ones can find a way to use them to speak up for animals.
By the way, since my trip, I have heard through the grapevine that DW has greatly expanded its vegan offerings, including by opening the cruelty-free cupcake bakery, Babycakes. Between the allure of Babycake’s frosting shots (yep…), and the helpfulness of the “Fish Are Friends, Not Food” blog, perhaps it’s time Mariann had another meeting someplace musical and magical — like, perhaps, the Magic Kingdom.
I’m going to Disney World!
(An adult can dream…)