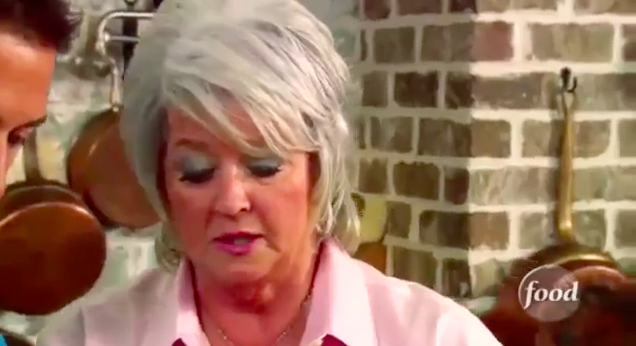 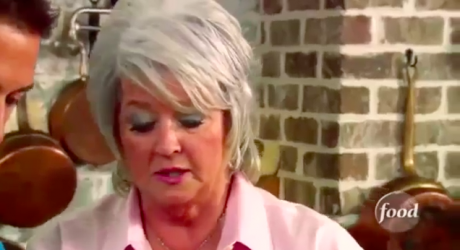 You know how there are all those famous chefs out there whom you’ve never really heard of because, after all, who wants to watch some dope slice and dice a formerly living creature? Well, prepare to spend some time catching up on your culinary celebrities.
All you have to do is dial into the YouTube channel known as (Accidentally) Vegan TV. Here, cooking videos produced by everyone from the famous (Emeril) to the infamous (Paula Deen), to the formerly famous, then infamous, now famous again (Martha Stewart) have been brought together in one place for you to choose from. And the one thing they have in common — all of the recipes just happen to be vegan (or incredibly close to vegan, and easily veganizable — such as by substituting vegetable broth for water used to boil a dead bird). Apparently everyone, no matter how addicted to animal products, even if they are, yes, Paula Deen, manages to use real food in their cooking once in a while.

I am in awe. The person who created this, who also has a blog by the same name, is clearly a genius. In these days of information overload, organizing and disseminating information that is of use to those of us who are trying to change the world, in a way that makes that information easily accessible and useable, is just as (if not more) important than creating the content in the first place. After all, what better way to convince people that vegan food can be delicious, and is not weird, than showing them videos, and making them food, created by their favorite chefs.
And why stop here? YouTube is a treasure trove of endless possibilities. Whether it’s compelling footage of animal exploitation, or less disturbing but just-as-compelling footage of animals showing off their inherent intelligence and emotional capacities, or videos telling the story of inspiring rescues, or whatever you can think of, the videos are out there. Collecting them, curating them, and bringing them all together into a channel where we can all benefit from the incredible wealth of information out there is true activism.
And while you’re planning your next YouTube channel, why not whip up some jerk to keep you going:

Episode 184: “The greatest danger to our future is apathy.”