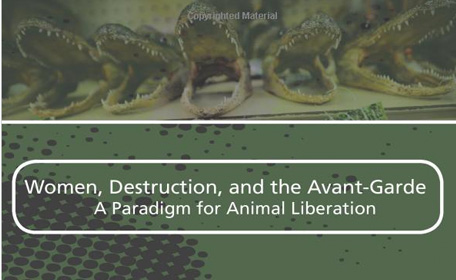 I dream of being an academic. But I’m not going to pretend that I am one. I often admire great thinkers who can take dense, heady material, make sense of it, and then offer a well-articulated response — or better yet, an action plan. I’m much more inclined toward artistic, emotional, social, and grassroots activist tactics — as opposed to brainy discussions. And though I have my moments of enjoying reading philosophy, and have even partaken in the occasional impassioned discussion about it — oftentimes over a glass (or three) of sauvignon blanc — it would be my personal preference to watch and discuss a play about animal rights, or jump right into a protest. Obviously that’s not to say you can’t be both a thinker and a doer! Most of the academics we have featured here on OHH are both (like scholar Lori Gruen, lawyer Steve Wise, and professor Maneesha Deckha — not to mention my partner in crime, Mariann Sullivan). And one is not better than the other. Part of the essence of OHH is that we each have different inroads to changemaking, and we each bring different strengths and communication styles to the (cruelty-free) table. 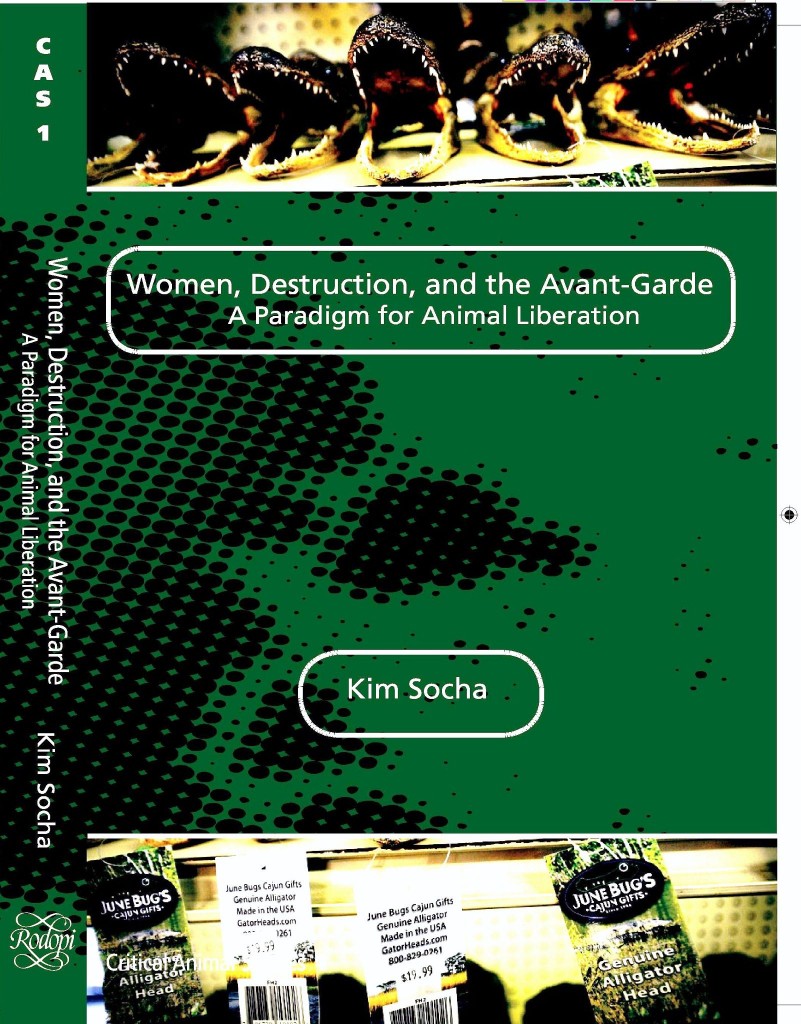 Note to self: Don’t be intimidated! Read this book!

That said, I am so intrigued — and slightly intimidated — by this new book by Kim Socha, Women, Destruction, and the Avant-Garde: A Paradigm for Animal Liberation. Though I haven’t read it (yet!), and it might very well be a tad too academic for the casual reader (eh-hem), I love where it’s going. All you need to do is see the book’s description to share in my excitement (and possible trepidation):

This interdisciplinary study fuses analysis of feminist literature and manifestos, radical political theory, critical vanguard studies, women’s performance art, and popular culture to argue for the animal liberation movement as successor to the liberationist visions of the early twentieth-century avant-gardes, most especially the Surrealists. These vanguard groups are judiciously critiqued for their refusal to confront their own misogyny, a quandary that continues to plague animal activists, thereby disallowing for cohesion and full recognition of women’s value within a culturally marginalized cause. This volume is of interest to anyone who is concerned about the continued — indeed, escalating — violence against nonhumans. More broadly, it will interest those seeking new pathways to challenge the dominant power constructions through which oppression of humans, nonhumans, and the environment thrives.Women, Destruction, and the Avant-Garde ultimately poses the animal liberation movement as having serious political and cultural implications for radical social change, destruction of hierarchy and for a world without shackles and cages, much as the Surrealists envisioned.

The comprehensive book will set you back whopping $81 on Amazon (though you can also buy it used and save about ten bucks in the process, or maybe just ask your library to get you a copy). Anyone who reads it, please keep us posted on your thoughts. I’ll keep you posted, too, since Women, Destruction, and the Avant-Garde is most certainly on my wish list — both in terms of books I wish I could afford, and books I wish I could devour. The subject-matter of violence against non-humans, and the many correlations between women and animals, clearly is near and dear to my heart. What Socha created here looks to be a manifesto (a “womanifesto?”) — one that even unacademics, such as myself, might want to read.

GIVEAWAY! 5 Tickets for “The Seed: A Vegan Experience.” Just give us...