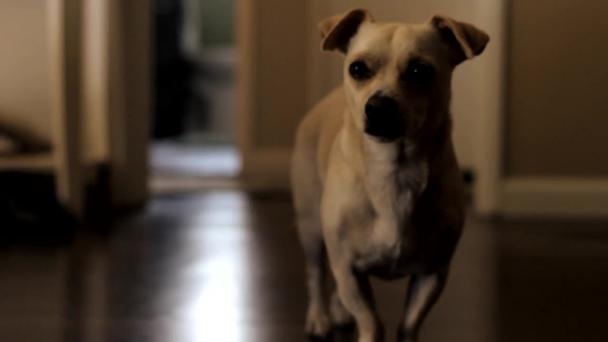 Recently, Moby held a contest to produce the official video for a song from his latest album, “Innocents.” The song, “Almost Home,” with vocals by Damien Jurado, is beautiful. And the lyrics are open to a variety of interpretations.
For anyone who cares about animals, though, just the words alone — “Almost Home” — can’t help but bring up thoughts of the many animals who need homes and don’t have them. One of those caring people, Michael John Stough, decided to make this video showing what one little dog wants, and what he almost gets. This video will break your heart, not least because its star puts in what may be the greatest performance on screen since Marlon Brando in On the Waterfront. (BTW, this contest is now closed, but this is a reminder that such contests are great opportunities for budding — and experienced — videographers who want to tell an animal’s story.)

By the way, Moby must have had similar ideas about what the lyrics of this song were referring to, since he just released his own quick video for the song, produced in cooperation with Best Friends Animal Society:

Once He was Lost, Now He’s Found

Episode 206: “To know even one life has breathed easier because you have lived, this is to have succeeded.”