On this episode of the Animal Law Podcast, I speak to Kelsey Eberly and David Muraskin about what the average consumer thinks when they see the words, “Natural Choice,” on a meat or poultry product and what the truth is about the products that carry that label. That’s the fundamental issue in the case that they have been litigating in the District of Columbia Superior Court — Animal Legal Defense Fund v Hormel Foods Corp. Unfortunately, as too often happens when it comes to animal law, after years of litigation that question was not even addressed in the court’s recent decision dismissing the case based on standing and preemption. Kelsey and Dave explain why they think that decision was wrong and likely to be overturned on appeal and why this case is so important, not only because it drastically narrows the District’s consumer protection law, which had been thought to be the strongest in the country, but because of what it means for the unseen victims here, the animals trapped in Hormel’s supply chain. 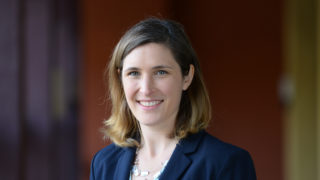 Kelsey Eberly assists Animal Legal Defense Fund with its cases and projects. She graduated from UCLA Law School in May 2014, where she focused on animal, environmental, and administrative law. While attending law school, Kelsey was the chair of the UCLA Animal Law Society—that school’s Animal Legal Defense Fund Student Chapter. She was also a writing advisor to first year law students in UCLA’s Lawyering Skills clinical program. Prior to this, she earned a graduate certificate in Animal Policy and Advocacy from Humane Society University. In 2006, she received a bachelor’s degree magna cum laude from Middlebury College, with a double major in English and Spanish. 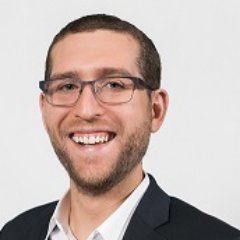 David Muraskin is a Food Safety & Health Attorney at Public Justice, focusing on Public Justice’s efforts to promote sustainable animal farming agriculture and hold factory farms accountable for the negative social and environmental effects of their production methods. Prior to joining Public Justice, he worked on a variety of consumer litigation, first as the Alan Morrison Supreme Court Assistance Project Fellow with Public Citizen and then as an attorney in McKool Smith’s whistleblower practice. He has worked with the United States and numerous States to prosecute first-of-its-kind qui tam litigation and represented clients in cases from state trial courts to the United States Supreme Court concerning constitutional and statutory claims. From 2009-2011, he was a law clerk to Judge James L. Dennis on the United States Court of Appeals for the Fifth Circuit.

You can listen to our podcast directly on our website (beneath this paragraph!) or you can listen and subscribe on iTunes! Also, if you like what you hear, please rate it on iTunes, and don’t forget to leave us a friendly comment! Of course, we would be thrilled if you would consider making a donation, or becoming a member of our flock (especially if you’re a regular listener). Any amount is hugely appreciated and Our Hen House is a 501(c)(3) nonprofit organization, so it’s tax-deductible. Thank you for helping us create quality content!

The Our Hen House theme song is written and sung by the incredible Michael Harren. The graphics for the OHH podcasts are created by the wonderful Laurie Johnston of Two Trick Pony. Don’t forget to also listen to the award-winning,  weekly signature OHH podcast — now in its ninth glorious year!

Episode 484: Joey Savoie on the Science of Charity

Episode 109: “The love of all living creatures is the most noble...

Two Teens, Three Grownups, Some Bikes, and a FAST Track to Change...