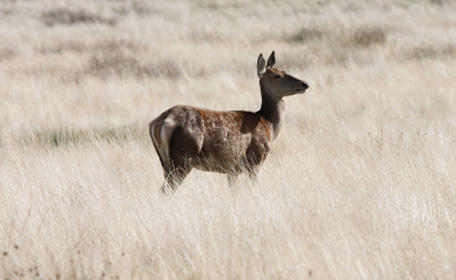 Academic outreach is an imperative component to advancing animal interests. Increasing scholarly attention is being paid to the intimately intersecting worlds of humans and animals, shedding new light on everything from animal physiology to the role animals play in history and art. Hopefully, that new light will truly “enlighten” people about the hidden world of animal suffering supported by our society.

The Center for Advanced Study at the University of Illinois at Urbana-Champaign has introduced a new academic speaker series that looks to be an important contribution to this growing field of study, focusing primarily on the animals in human culture. The series began last semester and included presentations like “How Animals Use Their Eyes” to “The Natures of the Beast: On Honeybees and the Biopolitics of Terror.” For this semester, upcoming workshops include everything from “The Evolving Nature of Animal Law” to “Apes, Elephants, and the Relational Self: Thinking Through Animal Personhood.”

According to an article in PHYSORG.com, the speaker series — entitled “Knowing Animals: Histories, Strategies and Frontiers in Human/Animal Relations” — examines the question, “What if we put animals into the equation?,” as described by University of Illinois anthropology professor Jane Desmond.

Ironically, this very positive article covering the truly ground-breaking series begins with this sad statement: “Animals are food, but they are also companions.” Perhaps the small-mindedness and ignorance that would cause someone to make a blanket statement like that can begin to be challenged by further academic attention to these crucially important issues.

Kudos to the Center for Advanced Study for creating this it’s-about-time speaker series. If you’re a student or professor, howzabout creating one yourself?

Episode 57: “…I found out something about hamburgers that really grossed me out…”