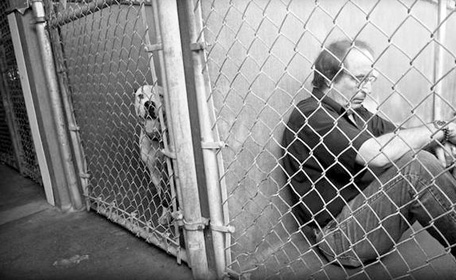 With the upcoming election on a lot of people’s minds, I was particularly excited by one recent effort to get out the vote — this vote pertaining directly to animals. Last week, in Miami-Dade County, activist Michael Rosenberg spent the weekend inside of a cage at the local animal shelter. His hope? To raise awareness about the November 6 ballot which asks voters if they are in favor of spending twenty bucks per home annually in order to raise twenty million bucks to pay for spaying and neutering services. Dade County is responsible for the deaths of twenty thousand dogs each year, a horrifying reality that is only conquerable with controlling overpopulation. So Rosenberg is going into a cage — a brilliant and theatrical statement that caught the attention of countless news outlets, including NBC, which covered Rosenberg’s imprisonment both leading up to it and during his actual imprisonment.
My favorite quote from Rosenberg speaks to his recognition that animal rights spans the entirety of the political spectrum. He told NBC, “This is not Republican, Democrat. This is animals who have no voice. Everyone knows the problems. They know there’s not enough funding.”
Activists locking themselves in cages, and using their bodies as ammunition, is something we have covered here before. It’s an old-school changemaking tactic, and there is no doubt in my mind that it works. I look forward to seeing how the campaign to end animal overpopulation in Dade County comes out this year. My hope is that, because of Rosenberg putting himself on the line, Miami-dwellers will buy 4 fewer lattes next year, and instead save the lives of thousands and thousands of innocent animals. 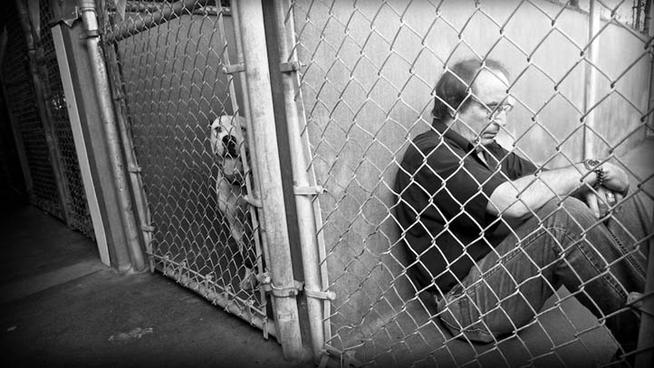