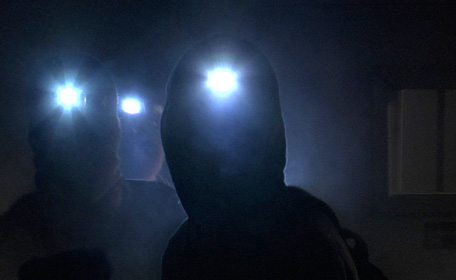 The new indie film, Bold Native, has grabbed me and won’t let go. The film — a full-length fiction feature — follows an animal liberator, Charlie, who is spearheading a nationwide action and is wanted both by the FBI as well as his dear old dad. After I saw the film in Portland (and was moved to copious tears), I reviewed it for our podcast. I was also lucky enough to interview the filmmakers — Denis Henry Hennelly and Casey Suchan — as well as the lead actor — Joaquin Pastor — for our Art of the Animal series. Art of the Animal, in case you aren’t familiar, is where we showcase artists of all kinds who are speaking up for animals through their art. Bold Native obviously fits into that swimmingly. What these people have created is a brilliant, beautiful, thought-provoking piece of art that will unquestionably open the eyes of so many who hadn’t before considered animal issues.

If you’re in NYC, be sure to catch Monday’s screening (there are two) at the Anthology Film Archives. Oh, and Russell Simmons will be there for the first showing, which is extra incentive for you.

Episode 28: “Never wear anything that panics the cat.”