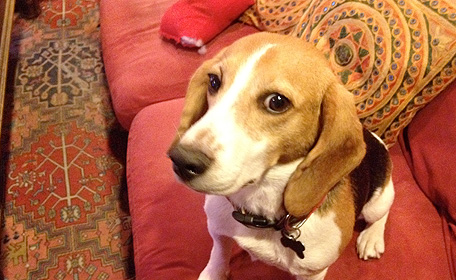 Yesterday I blogged about the window display in James Perse‘s chic store, which artistically and powerfully calls attention to the Beagle Freedom Project — a rescue organization that raises awareness about beagles used in laboratory research, and finds homes for the industry’s victims. I mentioned the story of Frederick and Douglass, two rescued beagles who are the companions to Kezia Jauron and Gary Smith, whom we were lucky enough to spend time with last week during our trip to L.A. When I emailed Kezia to tell her about the blog entry, she wrote back and told me about an article that I simply must bring to your attention. 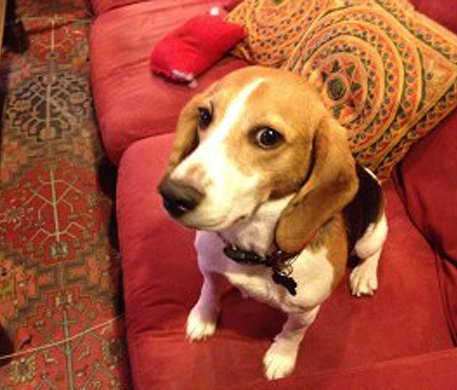 The article is from The Advocate, the extremely popular LGBT magazine and website. It’s called “The Beagle Effect: How Saving Puppies Enriched These LGBT People,” and it features queer folks who rescued beagles as part of the Beagle Freedom Project. In some cases, the dogs, it turns out, also rescued the people (something that happens so frequently, as, no doubt, many of you know all too well). The article points out that “not only are the majority of their adopters LGBT, but many of their volunteers, donators, and supporters are as well.” It goes on to feature a slideshow of photos and quotes from the adopters, with their pups. My favorite one (Kezia’s too) was that of an adopter named Richard, who, on page six of the slideshow, is quoted as saying: “To the team of people dedicated to stopping such cruel acts on animals, I can’t thank them enough for enriching my life with the knowledge that I can be a part of this movement and for knowing that Darwin and other animals around the world will have a chance of being who they were born to be.” [Emphasis added.]

A chance of being who they were born to be. Sound familiar? For me, my own gayness is absolutely related to my animal activism. As I’ve written about for publications including The Scavenger and Satya Magazine, for anyone who has ever felt “othered” — whether they’re in the queer community or beyond (insert-marginalized-group-here) — it can be a simple yet profound shift to open your circle of compassion to include animals. Animal rights activist Nathan Runkle eloquently talked about this when we interviewed him for a video that is part of our Gay Animal series. 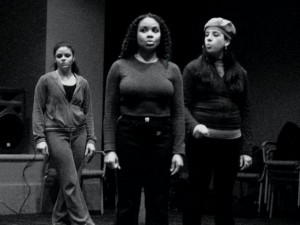 I’m on the right, at the ripe young age of 22, doing a play about AIDS-awareness.

My own activism began in the AIDS-awareness circuit, with a specific focus on the LGBT community. I was vegetarian then — not yet vegan — but had little to no consciousness of animal rights. When my eyes and heart were opened to issues of animal suffering, changing my behavior, and extending my advocacy, was a no-brainer. Why would I continue to support the cruel and unjust world of animal suffering, by literally consuming the byproducts of oppressed and abused animals, especially while spending the rest of my day speaking out for another oppressed group? The irony was unsettling, but ultimately liberating.

Oppressing animals of all kinds — human and non — is often rooted in a similar (or identical) mindset. That is not to say that the experiences of each group is identical (or even similar), but rather, the mentality that lends itself to seeing the world as “us versus them” is the same. The excuse is the same: I fall higher than so-and-so on the bullshit hierarchy scale. I am allowed to be a hateful, abusive motherfucker because god said so.

There’s so much more I could say about this. I could talk about privilege, and how we need to constantly be checking in on our own, and readjusting our behavior so as to not inadvertently be contributing to unnecessary suffering. That includes not funding suffering (literally) through purchasing a product that was tested on animals or made of animal products. Beyond that, it also includes being aware of larger social justice issues that demand our awareness (and sometimes boycotts), such as sweatshops, cocoa production, and palm oil production.

So maybe we need to stop doing business with a company (or country) that has flawed policies. One such example is Chik-fil-A, which, according to Equality Matters, donated nearly $2 million dollars to anti-gay groups in 2009 alone (Change.org, of course, has a petition against it). Not surprising. A company that profits from brutally killing animals takes it one step further and works very hard to make sure that gay people are not able to marry. What’s more, in the case of Chik-fil-A’s connection with Fellowship of Christian Athletes — they also work hard so that gay people are able to be “freed” from their homosexuality. 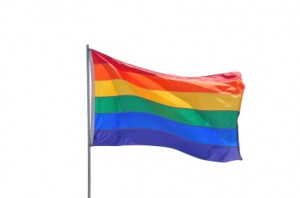 I am suddenly reminded of what the dog adopter, Richard said, that his beagles are finally — after spending their entire lives oppressed and abused — being given “a chance of being who they were born to be.” That is, after all, what we all want. Even us gays.

I could go on and on, talking about the importance of gay people coming out, and of vegans “coming out.” In the more privileged parts of this country and world, “gay” is starting to enter the sphere of normal. (Though in many places it is still punishable by prison or even death, and even here in this country — including right here in “my” city of New York — there are loads of areas where hand-holding with your same-sex partner will land you with a black eye — and I would be remiss to not mention that trans-identified people are still dangerously oppressed, pretty much globally.) Similarly to coming out as gay, the more people who “go vegan” and wear it loud and proud, the more normal that will make it, and, ultimately, the less animals will suffer. The more we normalize caring about animals — fighting for them, using our unjust power to speak on their behalf — the more people will connect the dots, and both veganism and animal activism will, for those people, also become a no-brainer. Non-vegan feminists will learn about “rape racks” — the industry’s term for devices that cows are strapped to as they are repeatedly forcibly inseminated — and they will decide they can no longer consume dairy. Gay people will notice with sad irony and and an eye-roll that, although in Mississippi (and other states), it is illegal for gay people to adopt children, gay birds — like certain flamingoes — have been known to exhibit the extremely natural (YES! NATURAL!) and maternal/paternal behavior of “adopting” orphaned birds (this is something I wrote about in my 2007 article for Toastermag entitled “Flamingo Pride“). Ultimately, for gay people, and for animals of all kinds — be they beagles, pit bulls, chickens, flamingoes, orangutans, alligators, whatever — we all want the same thing: a chance to be who we were born to be. 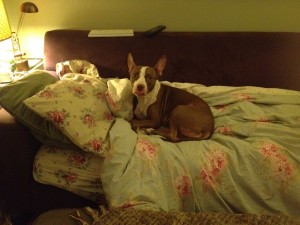 Here’s Rose, in Our Hen House.

My partner, Mariann, and I don’t have a beagle, but we do have a glorious rescued pit bull, Rose. I frequently look at her and think, how could anyone do anything bad to this perfect little being? As I write this, she is curled in the corner of the couch, having a little doggie dream. Yet years ago, before she was with us, she was found tied to a pole in Washington, D.C., where she had apparently been for several days. Her teats were gigantic; she had just weened puppies. No doubt she was used as a “breeder” dog. Rose was brought to a shelter where, at the time, they killed all pit bulls, but she was snuck out by a loving worker there, put through the “underground railroad” that certain employees created. She was given a second chance at life, a chance of being who she was born to be.

There are way too many connections to not pay attention. We can’t ignore the explicit links between social justice issues, the various overlaps between oppressing one group and oppressing another, the moral imperative to speak out for the underdogs — whether they are people, chickens, or actual dogs. Please don’t ever shut up about this.