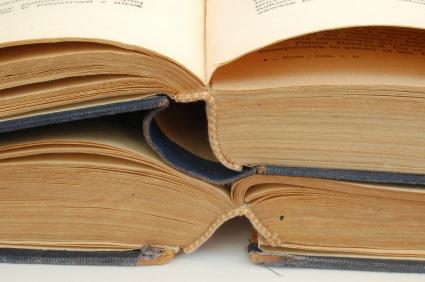 Here at Our Hen House, we are big fans of using the arts in all their manifestations to change the world for animals. Fiction is no exception. Today, we are lucky enough to have writer and editor A. Marie Houser share her insights on when and how fiction can be used as activism (and when and why it has fallen short in the past).
***
Bodies of Literature: Fiction Is Activism
by A. Marie Houser
We’ve seen the photos. Images of rescued lambs bounding across sanctuary grasses. Images of pigs pressing their noses through transport-truck windows, searching for contact. Rescue or confinement: those are the stories that activist photos usually communicate – and must communicate. Without photos and footage, the animal liberation movement would not have the momentum it has today; so-called ag-gag laws criminalize them for that reason.

Meanwhile, pro-agribusiness legislators take little notice of literary arts. Literature is too slippery to grasp, at least by governments this side of totalitarianism. How it operates – how it makes meaning – is too weird and subtle for blueprint-thinkers.
When we look at a photograph of a sow in a gestation crate, we can imagine ourselves confined within the cage’s metal armature. Visual cues – the windowless CAFO building and the darkness surrounding the crate – might underscore the loneliness. But the photograph cannot invite us, indeed direct us, to multiply feel our way through the experience: the distant scents of other flesh, the attenuated warmth of bodies made separate. The photograph also cannot tell us what confinement feels like from the pig’s perspective; photography is a surface medium, shot from one point of view. An image cannot help us understand that the darkness renders a pig, who already has poor eyesight, virtually sightless.
Activists often tell me that a treasured novel, story, or children’s book influenced how they view non-human animals. Anita Krajnc, founder of Toronto Pig Save, a group that holds vigils for pigs transported to slaughterhouses, cites Leo Tolstoy as an influence. Readers may know Tolstoy for Anna Karenina and War and Peace – epic novels of astounding detail and depth. But one of his most affecting works is the novella Strider (1885), about a piebald gelding of that name.
In the final chapter of the novella, a knacker comes to kill Strider. The narrator describes the moments leading up to the act:

The gelding stretched towards the halter meaning to chew it a little from dullness, but he could not reach it. He sighed and closed his eyes. His nether lip hung down, disclosing his worn yellow teeth, and he began to drowse to the sound of the sharpening of the knife. Only his swollen, aching, outstretched leg kept jerking. Suddenly he felt himself being taken by the lower jaw and his head lifted. … The gelding looked at them and began to rub his jaw against the arm that was holding him.

This portion of Strider is written from the third-person viewpoint; it allows the perspective to come close to Strider, what he is doing and experiencing, but with more distance than the first-person “I” would give us – and that’s a relief. Few readers of conscience could handle Strider narrating his own death. Tolstoy has carefully calibrated the effect that his choice of point of view would have. He’s also brought dimension to Strider and his world through a multiplicity of sensory details: the sight of his yellow teeth, the sound of his sighing, the tactile sensation of his swollen leg. And that little, heartbreaking detail, when he seeks affection from the one about to kill him.
Those authorial choices help bring readers in moral proximity to Strider: they bring us physically and narratively near to Strider and, in so doing, ask us to share in his sorrows. A writer who attends to non-human animal bodies in their particular and multiple ways of being, as Tolstoy does, cannot easily banish them back into their role as the alien Other.
Images momentarily focus the attention of passersby. But one can understand, and dismiss, a photograph in a glance. Fiction requires a level of engagement that primes the reader for identification and empathy. There are multiple cognitive processes involved in reading that begin with simply decoding strings of text into words, paragraphs, and chapters – and go, from there, into pulling together suggestions of a world into a quasi-experience of that world.
Fiction needn’t be overtly sentimental, moral, or political for it to count. Richard Adams’ Watership Down, an epic tale of adventure, influences through its basic premise: rabbits have self-worth and self-determination. Fiction also needn’t adhere to literary realism, the movement that has dominated American fiction for the last century, despite the flares postmodernism and other innovations have sent out. Watership Down is classified as a fantasy – a genre that has typically been devalued – because it portrays rabbits as having a verbal language, known as “Lapine,” and a mythology. Though there are variants, all forms of realism share a commitment to faithfully reproducing “reality.” In fact, there are few realistic stories one can tell about non-human animals.
Realism’s dominance perhaps explains why adult literary fiction has few examples of stories about non-human animals, their lives. As I have detailed in conference presentations at ICAS North America and at Animals + Writing, my research into fictional representations of these lives has turned up a suggestive pattern: non-human animals tend to be described by their parts. A story will make reference to an eye, a muzzle, or a tail swishing in order to quickly establish that an animal is present. These representations break down the non-human animal body, which make representations of non-human animal minds impossible – and that’s rather the point. When non-human animals appear in fiction, they usually do so as bit players: unwilling participants in blood sport, transitive objects that are acted upon (e.g., a human “rides” “his” horse), or symbols of human need and desire.
In the contemporary period, J.M. Coetzee’s work has sustained themes about our moral and ethical commitment to non-human animals: Elizabeth Costello and The Lives of Animals enunciate an animal rights position, while Disgrace, a character-driven work of realism, depicts a very flawed man who is transformed by his contact with sheep and shelter dogs. Coetzee has shown that it is possible to write fiction that’s inclusive of non-human animals, despite what we’ve heard in graduate school workshops: “Write against your ethics”; “Don’t be didactic”; “Why is the dog in this story so much?”
Currently, I am going through submissions for an anthology of short fiction. I envisioned this anthology as a space for stories that depict non-human animals as beings we dwell with and among, beings with their own projects, interests, and needs. The name of the project, After Coetzee, signals that Coetzee’s work has marked a departure. The title also suggests that the anthology defines what comes after Coetzee, at least aesthetically. As a work of realism, Coetzee’s Disgrace is more about the protagonist than the animals themselves: a necessary and important story, but only one of many narratives that could be told. In every variation of the call for submissions, I emphasize that “all kinds of fictional approaches are welcome, from realism to genre fiction to deep innovation and experiment.” But I suspect fictional approaches that tweak or overthrow realism are most able to tell stories about non-human animal worlds – vast, enchanted, and often beyond human need and desire.
Realism relies on a shared perception of reality – and that shared reality is always and already anthropocentric. The real is what is human. As a result, even writers of conscience have difficulty coming up with stories that depict non-human animals as subjects in themselves. Each time my guidelines for After Coetzee appear in a new venue, I am asked, “Can you give me examples of stories you’re looking for?” The short answer is, “Those stories largely haven’t been written.” My hope is that, through its multiple narratives and ways of telling them, After Coetzee will effect change where it most counts: in assumptions about ourselves, non-human animals, and our place in the world.
*** 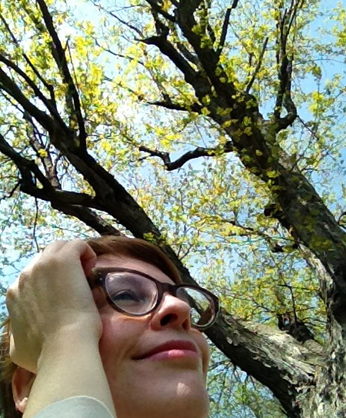 A 2013 Culture & Animals Foundation grant recipient, A. Marie Houser is best known for editing Dr. Melanie Joy’s Why We Love Dogs, Eat Pigs, and Wear Cows: An Introduction to Carnism and Strategic Action for Animals. She’s published two nonfiction books for high school readers; her poetry and fiction have also appeared in various journals. She is working on a book about activism and fiction, Rendered Text, as well as editing After Coetzee and The Disabled Vegan Reader.
Share 0 FacebookTwitterPinterestEmail
previous post

Parakeet in the Wild

Hummingbird in All Her Glory