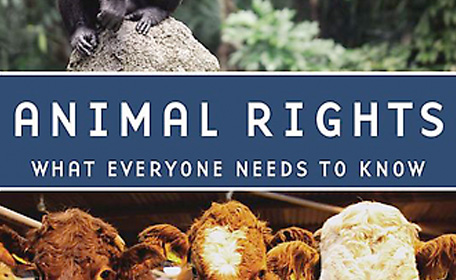 #ThrowbackThursdays returns, and this time we’re re-introducing you to a fantastically important book – Animal Rights: What Everyone Needs to Know – with a review by Nick Lacetti. For those of us who think about animal rights on a daily…hourly…minutely…basis, it’s a good idea to return to the basics every once in a while, which is exactly what we’re hoping to do with this week’s #TBT.
This review originally appeared on Our Hen House on May 27, 2011. If you’d like to see a certain OHH article resurrected, email us at info [at] ourhenhouse [dot] org.
***
Paul Waldau, the author of Animal Rights: What Everyone Needs to Know, is a scholar I have admired from afar for a while now. (That might sound a little creepy, but I swear, it’s academic.) As his website explains, Waldau “is a scholar working at the intersection of animal studies, ethics, religion, law and cultural studies” — an intersection that is also near and dear to my heart. Waldau has a PhD in philosophy from Oxford, a Juris Doctor degree from UCLA, and an MA in religious studies from Stanford, which not only means he’s painfully impressive as a scholar, but also means he’s uniquely poised to write about humanity’s relationship with other animals in a way that touches upon all the major areas of human culture and society. 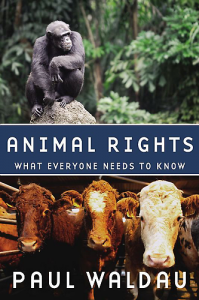 Animal Rights: What Everyone Needs to Know by Paul Waldau

From Storm Drain to Freedom

Episode 608: How to Love Animals in a Human-Shaped World w/ Henry...