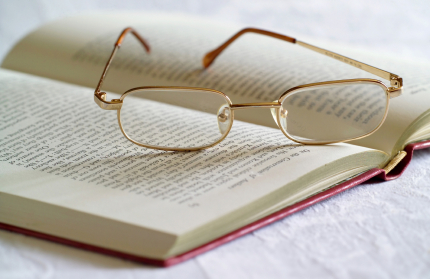 Today, we are delighted to welcome writer, do-gooder, and animal advocate Paula Burke to Our Hen House to give us her take on the new novel, Bones & All, by Camille DeAngelis.
*** 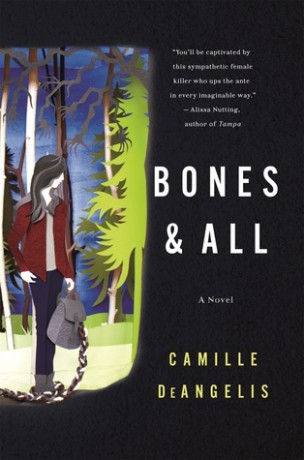 Book Review: Bones & All by Camille DeAngelis
by Paula Burke
What is a novel for? Do we read to be entertained or to learn? Do we want our assumptions questioned or validated? Most books take one side or the other, but the very best novels side-step conventional categorizations. I would count Camille DeAgnelis’ new book as one that achieves an ideal ambivalence.
Bones & All (St. Martin’s Press, 2015) is both a tightly written horror novel and a sweet coming-of-age story about a teenage cannibal in search of some answers. Sixteen-year-old Maren is unable to overcome an inborn desire to eat anyone who lusts for her too much, and she has spent much of her life avoiding the consequences of this curse. Abandoned by her mother, Maren goes on the road in search of her father and her future.
Although she mostly keeps to herself, Maren is unintentionally charming, with a wry sense of humor and an inherent politeness that tends to bring her trouble. She finds it impossible to prevent people from taking an interest in her; like any teenager, she has to sift through their motivations. When Maren finally meets other cannibals, she discovers that they all choose their victims for different reasons, a fact that forces her to grapple with whether or not there is a valid moral argument for making that kind of meaty distinction.
DeAngelis makes no overt mention of veganism or animal rights in her book, and abstaining from eating humans would certainly not make the characters ethical eaters. The author does venture in the acknowledgements, however, that “when people who know I’m vegan hear I’ve written a book about cannibals… they think it’s bizarre, hilarious, or both. The short version is that I believe the world would be a far safer place if we, as individuals and as a society, took a hard, honest look at our practice of flesh eating along with its environmental and spiritual consequences.” This sentiment is undeniably true, but it’s not necessarily a point that is made in this novel. For DeAngelis, cannibalism isn’t a stand-in for eating animals, and she offers no philosophical framework for what anyone should eat. Any argument that is made in this novel is only available in a close reading of the text – but it’s there.
DeAngelis has a keen eye for details and settings, and the world she has created is fully realized and vibrant. She brings the reader up to the very moment where Maren must eat her love interest, and then, sparing her readers the gory details, abruptly stops her description of events: there is only before and after. Before, a human; after, some torn clothing in a plastic bag and fresh blood under Maren’s nails. The actual moment of consumption is an empty one, and that conscious void stands in stark contrast to DeAngelis’ vivid notation of everything else the characters consume.
Bones & All indeed does mention food beyond just human flesh, and the details are doled out on every page: minestrone soup, bacon and eggs, a tuna sandwich, Jell-O, pretzels, Oreos, shrimp cocktail, hobo stew, pink cotton candy, burgers, waffles. This is a book that never forgets that we have to eat to live, and eating human flesh rarely makes the cannibals too full to eat more traditional fare.
Maren’s victims are “a list of names on [her] heart” – she carries a token for each person whose life she has taken, and they exist as individuals in her memory. She is traumatized by any reminder of who they were and what they hoped to achieve in their lifetime. Despite being unable to stop herself, Maren knows that it’s morally wrong to take another life.
It’s not as though she’s indiscriminate. When offered dead cicadas by another child at summer camp, Maren turns away: “I knew about things that weren’t meant to be eaten.” Being compelled to eat people doesn’t make her less sensitive to the taboo against eating other beings. Maren fixates on the smell of what each person has eaten and how it lingers on their breath. The stink of rotten flesh follows the cannibals around, and Maren is constantly rinsing the taste of blood out of her mouth.
Compellingly, this novel doesn’t leave its victims behind, and they remain stubbornly whole. They’re mourned, and the loss of their bodies matters, despite the fact that their destruction was inevitable. When Maren finally finds connection and a way of living, it’s less a triumph than a compromise, and it makes the reader hunger for an alternative that isn’t available in the world of this novel.
Not every book about animal rights makes its underlying ethic obvious, and Bones & All is far from a polemic. Instead, it’s a lovely, thoughtful meditation on taboo and compulsion, desire and repulsion. It’s also a well-told and entertaining novel. Both are equally compelling reasons to pick up a copy.
***

Paula Burke is a bookseller in Chicago.

Flock Only! Art Therapy and Temple Grandin: At the Crossroads (PLUS: A Giveaway of Cards from Two Trick Pony!)

Episode 338: The Good Food Institute’s Bruce Friedrich, and A Review of...