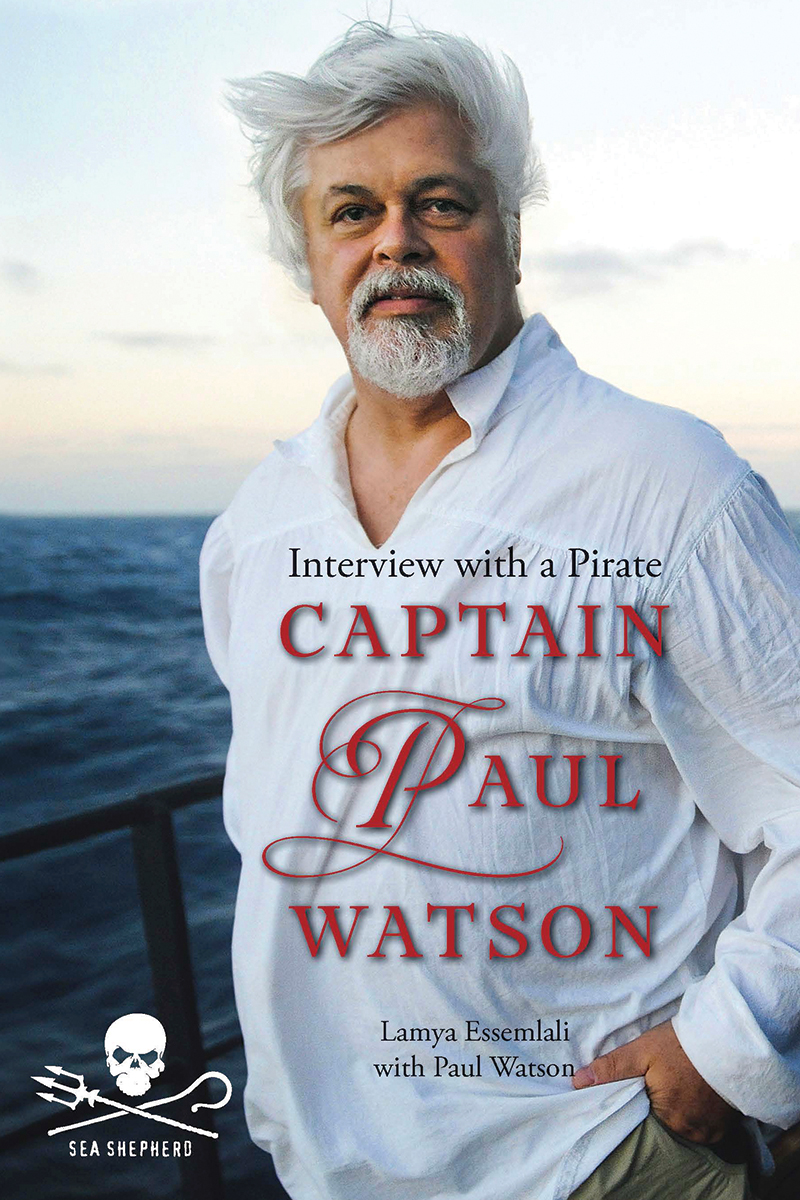 written by Visiting Animal
We are delighted that Ken Swensen is joining us today to give us his take on the book Captain Paul Watson: Interview with a Pirate by Lamya Essemlali.
***

Book Review: Captain Paul Watson: Interview with a Pirate
Review by Ken Swensen
“The situation is easy enough to understand. If the oceans die, we will die.” -Paul Watson, Founder of The Sea Shepherd Conservation Society 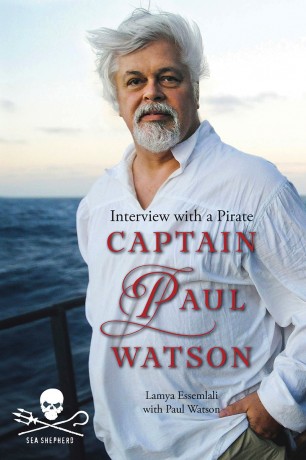 “Captain Paul Watson: Interview with a Pirate” by Lamya Essemlali with Paul Watson

Captain Watson doesn’t mince words, doesn’t see gray areas, and is the very definition of politically incorrect. He takes on all comers, standing arm in arm with those very few who are willing to risk their lives to defend the inhabitants of our oceans. Unbowed, he says to those who call him a radical, “everyone is an ecologist until it means giving up something.” Be prepared for some soul searching. The Captain challenges us all to re-think our activism and especially to consider what we are willing to give up in order to do the right thing for animals and the future of our planet.
Lamya Essemlali has crafted the Captain’s story in the form of a book-length interview culled from years of conversations. Captain Paul Watson: Interview with a Pirate (Firefly Books, 2013) is divided into twenty-four chapters with titles like “An Overpopulated World,” “Ecoterrorists,” and “The Tragedy of the Commons.” Ms. Essemlali poses intriguing and challenging questions while adding her own distinct voice and commentary. Since she obviously knows Captain Paul well, she is able to draw him out on the most important, complex and controversial issues surrounding his life and mission. The resulting dialogue, undoubtedly edited for clarity, combined for me the best aspects of the interview process with an organized and readable presentation.
Paul Watson is one of the few, the lucky few, who are born under a North Star and keep it always in sight. His steady vision, courage, street smarts, and more than a smattering of dumb luck have kept him on the razor’s edge of animal and environmental activism for decades – walking the finest line between life and death, freedom and prison, support and animosity. He grew up in a fishing town and was an activist by age 11. At age 18 he was a co-founder of Greenpeace (and apparently has been fighting with them ever since – the one sour note in the book).
His moment of truth comes early, when he crosses the line into direct action. He grabs the club from a seal-killer and kicks it into the sea. Later, challenged by the Greenpeace hierarchy, he shoots back, “you are there to bear witness… I am there to save lives.” The subsequent David and Goliath sea stories are about as exciting as any made-up adventures. “I left those who refused to act and the moralizers to condemn me and to discuss the matter at length. They will continue to do nothing more, right up until the death of the very last whale. I had chosen another route.” The Captain’s words reverberate as those of us committed to changing the world for animals consider our chosen paths in this incredibly challenging movement, attempting to reverse cultural mores solidified over millennia.
There is much wisdom here that can guide and encourage animal activists to help us live the lives we truly want to live. In admiration, I cede the rest of my time to Captain Watson, the unapologetic ambassador for the oceans and its amazing creatures.
On what we are up against:

Religion is “a form of mass psychosis… Religious beliefs are anthropocentric, whereas ecology and to a larger extent animal rights are biocentric. Biocentrism posits that humans are not at the center of Creation, and are not superior to nature. This is a revolutionary idea and a significant threat to the anthropocentric thinking upon which our societies are built.

On who we are up against:

I think that anyone who feels the need to kill a magnificent animal in order to have its head mounted and hung on the wall suffers from a serious sexual and psychological disorder.

On the Tao of activism:

Warriors must always focus on the action rather than the result. We do what we do because we cannot imagine not doing it. I never think about winning or losing… What matters is that all of your energy be directed towards achieving your goals… What matters is what you do today.

On fishing and vegetarianism:

There is no massacre anywhere on earth to compare with the massacre of fish. People pay little attention to their suffering and that is reflected in the language that we use when we talk about “stocks” and “tons.” We have such little regard for them that people who claim to be vegetarians continue to eat fish without thinking it is in the least bit contradictory.

On what is at stake:

Compared with a world in ecological collapse, all the wars, famines and epidemics that have marked the history of the planet will look like a picnic. Everything that our human civilizations have accomplished, everything that we have built, all the stories we have told and the songs and poems that we have written will be lost and forgotten.

Experience has taught me that the secret to happiness is detachment from material desires, a focus on the desires of the heart and a curious mind, regardless of what people might think.

In this struggle, there is no room for self-pity and we cannot afford the luxury of pessimism. Courageous, imaginative and passionate people can turn the impossible into the possible. Those people are you, me and anyone who has the desire to change things. 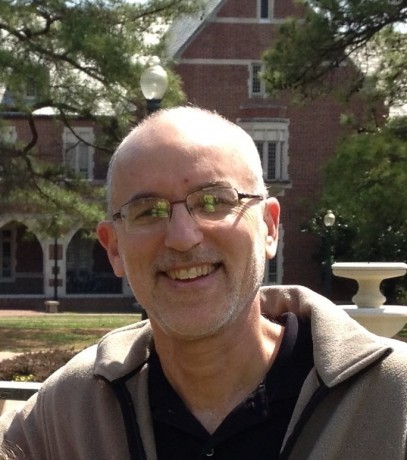 One night a few years ago, Ken Swensen turned into an animal advocate while watching the movie “Amazing Grace.” He volunteers for ACTAsia for Animals in support of their humane education and anti-fur campaigns.  He likes the Our Hen House way of highlighting the good works of individuals and groups devoted to helping animals. A lifetime New Yorker, Ken runs a small business and has an MBA from NYU.
Share 0 FacebookTwitterPinterestEmail
previous post

What’s Going on at Wesleyan?