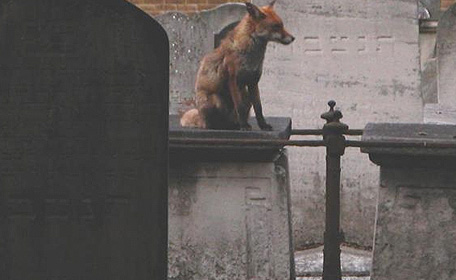 We last told you about activist Andy Tabar within the context of singing the praises of his cruelty-free online apparel company, Compassion Co. Today, Andy is joining us as a guest-blogger, where he’s giving us his take on the book, Creaturely Poetics: Animality and Vulnerability in Literature and Film by Anat Pick.

Those of us engaging in animal activism should always be looking for new avenues through which to make a positive impact for animals, not only through tangible means but also by affecting public discourse. Yet, given how much influence media, and, in particular, literature and film, have to shape public opinion, it is surprising how little scholarly attention has been given to representations of animals in these media, and how these representations might affect the overall conversation on animal rights. Anat Pick’s Creaturely Poetics: Animality and Vulnerability in Literature and Film (Columbia University Press, 2011) helps fill this gap in scholarly discourse and tackles this subject head on with a series of meticulously laid out case studies.

Creaturely Poetics is divided into two sections, “Inhumanity in Literature” and “Inhumanity in Film.” Pick starts by examining representations of humanity and animality in Holocaust literature, a subject that has long been a source of tension amongst animal rights activists and the general public. The brief examination of the duality of animal imagery often used when discussing the Holocaust – both victims and perpetrators are compared to animals for different reasons – is a unique observation and valuable starting point.

However, the true substance and central framework of the book comes with the introduction of Simone Weil’s concept of “affliction.” Affliction, as opposed to simple suffering, occurs when the suffering ceases to make sense to the victim. This senselessness can happen in a variety of ways, but the most striking is through the framing of the suffering by the perpetrators rather than the victims. The language used is exclusively that of the oppressor. As such, the victims do not have the correct tools to properly express, or even understand, their own experience of their oppression. The afflicted are described as having their souls stripped bare. They are deprived of personality, their identities commuted. They are turned into things.

For anyone with even the vaguest familiarity with the discussions of animal rights, these ideas may at first seem rather predictable and pedestrian. Yet what could easily have become a familiar retread quickly turns into a much more compelling and challenging idea, as Pick uses Weil’s concept of affliction to examine a series of literary and film pieces, attempting to correct a major oversight in prevailing animal rights theories.

Fundamentally, Pick is attempting, through this analysis of various works of literature and film, to do something quite profound, i.e., reshape the reader’s perception of the differences between humans and animals by using the works of a variety of scholarly thinkers to erase the moral line that stands between them. One early clue that this is what is happening is the use of the word “creature,” which replaces “human” and “animal,” making them one and the same. On some level it may seem purely an issue of semantics, yet it becomes quite clear that it is much more, as each piece of literature and film presented in the book acts as a case study for why there should be no moral difference between the two.

While it is not necessary for one to be familiar with the pieces being examined to benefit from the discussion, it certainly helps to be able to ground the analysis in a familiar work. For this reason, I particularly enjoyed the closing chapter on Werner Herzog – featuring his films Grizzly Man, Wild Blue Yonder and Encounters At The End of the World – and how they look at humanity’s place in nature, as well as overturn many of the prevailing conventions of most wildlife documentaries. Here, as elsewhere, Pick looks at these works with an eye toward understanding why we must stop the practice of attempting to humanize animals in the struggle to make others see their worth, for that method will almost always come up short.

The place of the human within nature is a theme that reoccurs throughout the book and culminates in the debate of rights vs. obligation, a continuation of Weil’s influence. The argument is made that the idea of animal rights, and indeed human rights, is a flawed notion because rights are not inherent, they are handed down from those in power to those without it. Whether those rights are gained through struggle and conflict or simply granted by those in power, the possibility always exists that the afflicted may never have the ability or chance to fight for those rights. Indeed, when it comes to animals, that is almost a certainty. As such, Pick turns to the idea of obligation, which she states as a moral imperative to do the least harm to animals. This is not to say that Pick completely eschews the necessity of legislating animal freedom, but she contends that our conversation as a whole must shift to encompass the idea of obligation if we are to ever achieve truly meaningful change. This idea of obligation brings the conversation full circle back to the central tenet of the book, the single idea of the creature as opposed to the duality of the human or the animal.

It should be noted, if it is not yet obvious, that this is very much an academic read. This is not a detraction or criticism – indeed, the style of the book is perfectly suited to the necessity of making its meticulously laid out argument. As someone who is passionate about animal activism and has studied film theory, yet found few scholarly works that link the two, I found the book refreshing and engaging. Ultimately, Creaturely Poetics serves as a much needed and welcome addition to the canon of animal rights literature. The ideas found within are challenging and worthy of consideration for anyone that wishes to change the world for animals. 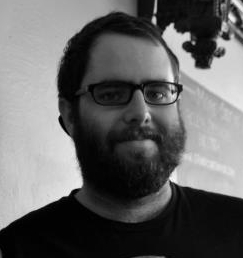 Andy Tabar, a graduate of Emerson College, spent several years touring the world with various bands and has since settled down in Connecticut where he runs Compassion Co, a vegan apparel line.

Episode 113: “Life shrinks or expands in proportion to one’s courage.”